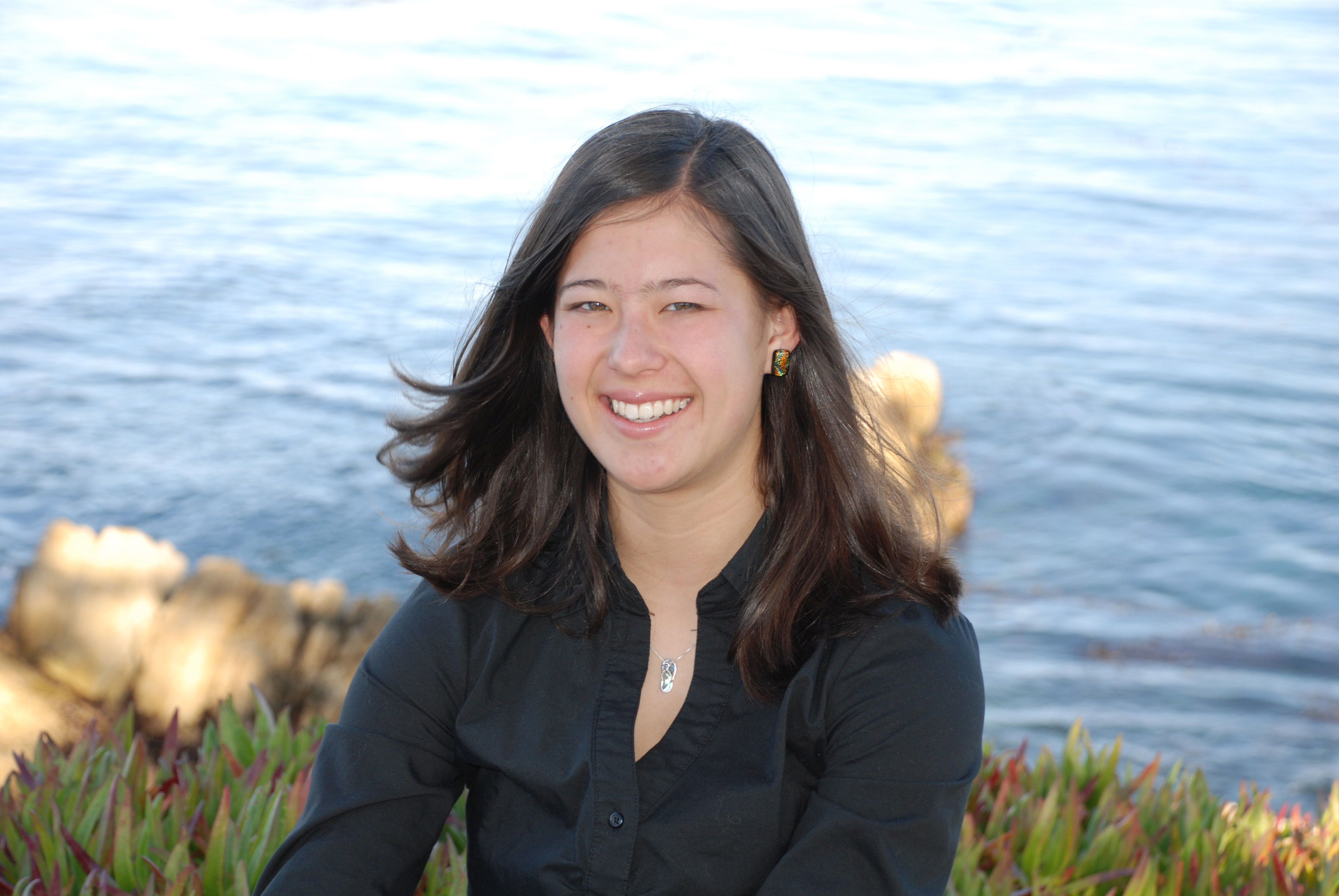 Emily Kopania is a senior majoring in biological sciences with a minor in computational biology and bioinformatics.  She is currently doing research in Dr. Matthew Dean’s lab on the genetic basis of shape variation in oyster shells.  After graduating, she plans to pursue a Ph.D. in genetics.  She is also a Supplemental Instruction Leader for Physics 151 and a member of Science Outreach.  When she is not doing or teaching science, Emily can be found playing her flute in the Trojan Marching Band.

Before the advancement of bioinformatics and large-scale computing technologies, scientists and bioethicists alike never imagined that privacy violations or social dilemmas could be potential costs of saving human lives.  However, researchers can now use electronic medical records to analyze genomic and clinical data on a large scale, leading bioethicists to examine the implications of such research methods in order to establish better protocols to prevent this type of research from violating human rights.  Although patient concerns regarding electronic genomic data have become more prominent recently, genetics research continues to accomplish major medical feats, and important discoveries due to electronic medical record research have also become more prominent.  Despite fears of privacy violations and genetic discrimination, genomic data from electronic medical records should be used for research, because it can provide valuable information to scientists for biomedical research and help predict health disorders before they occur.

Although researchers continue to find benefits of electronic genomics research, some bioethicists opposed to this practice fear that using genetic information stored electronically could lead to privacy violations.  Soraj Hongladarom, Director of the Center for Ethics of Science and Technology at Chulalongkorn University asserts that, “privacy is one of the most important ethical concerns in bioinformatics.” Those that consent to participate in genomic studies do so under the condition that their information will be kept private, and researchers will not be able to link genetic sequences and clinical information to individuals (Hongladarom).   However, as computer technology improves, so does the ability to hack into databases and steal electronic information, which leads to valid concerns regarding the privacy of information stored in electronic medical records.

That said, fears of privacy violations may be deemed unfounded when one considers that security is a top priority in studies that utilize genetic databases. Furthermore, researchers are constantly developing ways to heighten the level of this security even further. For instance, Greenbaum et al, of the Program in Computational Biology and Bioinformatics at Yale University, discuss several ways to improve security on electronic genomic data sets, such as formatting data sets so that only parts of them may be shared, utilizing cloud computing, and educating bioinformaticians on privacy and data security.  Proponents for the use of genomic databases argue that individuals already store highly private and sensitive information electronically, such as their banking and credit card information, because security for these databases is high quality with the risk of a privacy violation rather small.  Similarly, many individuals already choose to store non-genomic medical information electronically in secure databases. Hongladarom argues that because DNA is a vital part of individual identity, it has a special status and would therefore be held to a higher standard of privacy. In addition, one could argue that it is less risky to store genetic information in these electronic databases because most people do not have the knowledge base or technical skills necessary to obtain useful information from a DNA sequence. As a result, most of the fears regarding privacy violations in genetic databases, though are valid are rather exaggerated.

In addition to privacy concerns, some patients and health practitioners express fears of genetic discrimination based on information contained in electronic medical records.  Dr. Robert Klitzman discusses some patients’ fears that doctors will treat them differently based on genetic information.  People are concerned that genomics will bias who doctors treat and how well.  There is also concern that insurance companies will start to look at genetic information and change their rates or even deny coverage based on mutations in an individual’s genome (Klitzman).  Doctors could potentially face legal consequences for concealing genetic information from insurers or keeping parts of a patient’s medical record from insurance companies (Klitzman).  Fears of genetic discrimination are also surfacing in the work place. For instance, the recent Burlington Northern Santa Fe Railroad case, in which the railroad company took blood samples from employees seeking workers’ compensation for carpal tunnel syndrome to find a genetic mutation responsible for hereditary neuropathy.  The company was accused of doing so in order to attribute the carpal tunnel symptoms to this mutation to avoid paying workers’ compensation (Clayton).  In light of these and other such concerns, Dr. Bartha Maria Knoppers, Director of the Centre of Genomics and Policy at McGill University, and Dr. Ruth Chadwick, professor of philosophy at Cardiff University, express a fear of “geneticization”, where individuals are reduced to their genomes and society characterizes individuals based on their genetic information.  Many patients fear that their genetic information could lead to discrimination not only in their medical care and employment, but also in their social lives.

Despite fears of genetic discrimination, this consequence is avoidable when necessary efforts to protect privacy and confidentiality are taken into account. In addition, when one considers that the benefits to informing doctors about genetic information far outweigh the potential costs, fears regarding medical discrimination based on genomics can be cast aside even further. Informing doctors about patients’ genomes will allow doctors to treat patients more effectively rather than discriminate against them.  Patients usually choose to tell doctors private details about their health such as family history, lifestyle, and previous illnesses or procedures because they know it will help them receive better treatment, and genomic information is no different from other medical information in this regard.  Legislation such as the Health Insurance Portability and Accountability Act (HIPAA), the Genetic Information Nondiscrimination Act (GINA), and even the Americans with Disabilities Act (ADA) prevent insurance companies and employers from discriminating against individuals based on genetic information (Klitzman, Clayton). Genetic information used for medical studies would be kept private, such that employers and the general public would not know the genotypes of individuals or be able to discriminate based on this information (Kho et al).  As discussed before, strict electronic security would be utilized in such studies to prevent companies, the general public, and even the researchers themselves from identifying the individuals to whom genomic and clinical data belong.  Therefore, “geneticization” and genetic discrimination due to electronic medical records studies are unlikely and the risks of such circumstances occurring are small compared to the scientific and medical benefits provided by genomic databases.

By using electronic medical records, geneticists can perform important genomics research that is not possible by other research methods.  Dr. Abel Kho of the Feinberg School of Medicine asserts that the quality and quantity of genomic and clinical data available using electronic medical records is currently unobtainable in any other feasible way.  Dr. Omri Gottesman of the Mount Sinai School of Medicine explains that genomic studies based on electronic medical records directly link genomic data to clinical data and give “real world” results because the data are based on real medical records.  Studies based on electronic medical records avoid the cost, time commitment, and potential scientific biases associated with studies that collect their own data rather than using available clinical data (Gottesman et al).  Because data is stored electronically, computing technology can be used to analyze vast quantities of data in a short period of time (Greenbaum et al).  Electronic medical record studies also promote collaboration amongst organizations across the country, as was the case in the eMERGE (Electronic Medical Record and Genomics) Network, a government-funded project in which several universities and research centers from across the nation collaborated to study both the achievability and ethics of large-scale electronic genomics research (Gottesman et al, Kho et al, McCarty et al).  These types of studies even have the potential for international collaboration.  This flow of information and ideas is essential to scientific progress and could lead researchers to obtain results more quickly.  This will also allow scientists to look at a greater variation of patients and study a more representative sample of the entire human gene pool, rather than looking at one local population, thus leading to more comprehensive and accurate studies.  Because the financial and time costs of obtaining data are very small in electronic medical records studies compared to previous genomics studies, researchers will be able to allocate more time and resources to analyzing data and obtaining results rather than collecting data (Gottesman et al). There is no method of research available with current technology that matches the efficiency and accuracy of large-scale genomic studies based on electronic medical data.  New computational technology gives scientists the ability to make discoveries that were previously impossible to research, and scientists have a responsibility to society to carry out this research due to its benefits to human health and quality of life.

The benefits to science from genomic studies using electronic medical records will directly benefit public health and allow more informed genetic counseling as well as early warnings and treatments for genetic disorders.  Because these studies tend to be faster and more efficient than other medical studies, patients can get results sooner than in other types of studies and directly benefit from these results (Kho et al, Gottesman et al).  Complex diseases and conditions that are linked to multiple genes such as diabetes and hypertension can be better studied with large, varied data sets (Gottesman et al).  The causes of such diseases are often complicated and involve a combination of genetic and environmental factors.  Thus, comprehensive studies on such conditions can only be done with both genomic and clinical data.  They are also more accurate when studying populations across the country rather than one localized population, an advantage provided by electronic medical records (Kho et al).  Electronic data studies also allow for the study of pharmacogenomics, the study of how certain genes affect an individual’s response to different drugs and pharmaceuticals (Gottesman et al).  While this field is proving to be important in determining the best course of treatment for a particular disease, pharmacogenomics research requires both genomic and clinical data and a large, highly varied population sample, conditions provided only by electronic medical records.  The results of large-scale genomics research allow doctors to warn patients early of potential genetic disorders or risks.  This is particularly important in genetics-based disorders such as cancer, where early treatment and prevention can be life-changing and even life-saving.

Because of new technologies, new forms of scientific research that rely on information technology have become commonplace over the last couple decades.  This research can provide huge benefits to society and medicine, but may come with ethical and social risks.  Science has an obligation to continue to learn about the natural world and develop technologies and practices that improve human life based on these discoveries.  However, when utilizing a new method or technology, science should proceed cautiously and keep ethical concerns in mind.  Because of this, medical and biological sciences should develop simultaneously with bioethics, allowing potential concerns and dangers of a study to be assessed and avoided before the study begins.  The eMERGE program took the right approach by conducting research on focus groups to determine the potential costs to individuals participating in genetics research studies. This approach allowed researchers to identify and address any ethical issues before they occurred. Similarly, scientists should continue to perform genomics research based on electronic medical records, and should model these studies after the eMERGE network in order to benefit public health while maintaining a trustworthy and ethically sound relationship with patients.