It is what it is, or is it? What about when “it” is a hardship? Whether the adverse event in question is illness, death, or trauma, researchers at the University of Connecticut Medical School deduced that there are shared emotional themes that individuals and their families experience when dealing with the aftermath. According to the study’s team of psychologists and doctors, these themes emerge in pairs of “emotional polarities” with each side having either a clear negative or positive connotation (McDaniel et al. 3). One of the most prevalent themes is “denial vs. acceptance,” with acceptance being the ideal method of dealing with a painful situation. However, can the healthiest ways in which issues are dealt with be defined in such a rigid manner? Is acceptance the model approach and denial the dangerous alternative? Chris Prentiss, globally recognized author of the self-help novel Zen and the Art of Happiness, would argue yes, all-inclusive acceptance is the key to dealing with adverse events. In Zen and the Art of Happiness, Prentiss encourages readers to achieve happiness through changing their personal philosophies by accepting events as they are. This entails neither dwelling on past losses nor fixating on the idea of an idyllic future. Prentiss emphasizes his promotion of an accepting outlook through the recurring mantra, “Everything that happens to me is the best possible thing that can happen to me” (16). However optimistic and hopeful this view is, it is a vast overstatement. The notion of complete and utter acceptance is not universally applicable, and this level of unmitigated positivity can actually do more harm than good. Acceptance does have its merits, however, total acceptance alone is not a realistic and reliable path towards achieving good mental health and overall well-being.

All in all, acceptance suggests a positive outlook on life, and this is admittedly beneficial. If things are accepted for what they are, the energy that would be wasted wishing things could be different becomes available to be put to a more positive use. This is advantageous because letting go of negativity leaves space for adaptation and growth. The power of acceptance was confirmed when researchers at the University of Bath Center for Pain Services discovered that among chronic pain patients, those who were able to practice psychological acceptance had significant negative correlations with depression, anxiety, and physical pain (McCracken and Zhao-O’Brien 170). This means that those able to exercise acceptance were healthier both emotionally and physically, which demonstrates how not only is acceptance an optimistic philosophy, but it can lead to testable and favorable health outcomes.

Acknowledging that acceptance has emotional and physical benefits, there is a limit to how effective acceptance can be, which is what makes it unreliable as a guide to mental health. Acceptance is not something that is simply either practiced or not practiced, but lies on a continuum driven by other outside factors. These additional influences encompass everything from severity and type of issue at hand, to social support, to individual differences. Due to this variability in nature as well as subjectivity in measure, acceptance cannot be viewed as a universal “fix-all” applicable to each and every situation. Though it has been suggested that positive health outcomes are associated with practicing acceptance, to say that unbounded acceptance will always work is a detrimental overgeneralization. Prentiss is guilty of this overgeneralization in Zen and the Art of Happiness when he claims that acceptance should be understood “in unlimited terms, where every event that befalls you is absolutely the best possible event that could occur—that there is no other event imaginable that could benefit you to any greater degree” (6). Wording like “every” and “unlimited” insinuates that there are no situations where acceptance is not a suitable solution, which is an inflated assertion. There certainly are exceptions to acceptance, and it cannot be said that any method of achieving mental health is absolute and will work one hundred percent of the time.

In understanding that acceptance does have its limits, it is no surprise that pushing total acceptance is particularly damaging to individuals suffering from severe cases of mental illnesses such as depression. According to an article in Complementary Medicine and Depression titled “Many Australians Use Alternative Treatments for Depression, But Do They Work?” when it comes to extreme cases of depression, only “conventional medical treatment,” which consists of medication and psychotherapy, is regarded as an effective and empirically supported treatment plan. In an honest personal piece published by an anonymous writer for PsychCentral, the author recounts their experience trying to deal with depression without clinical treatment, to no avail. The writer describes how living with untreated depression caused her two different types of harm (PsychCentral). The first was that she was unable to successfully control her symptoms by herself, which caused to her to feel hopeless, inadequate, and in turn more depressed. On top of this added emotional turmoil, the author explains the infectivity of opting for self-help over medical treatment when she claims that attempting to manage clinical depression without treatment is “like trying to treat diabetes by skipping dessert. It doesn’t work, and it’s dangerous to your health” (PsychCentral). The practice of acceptance is not a legitimized cure for depression, so when chosen over professional psychiatric care, the individual suffering will not get an effectual treatment for their condition, and thus will not receive the help that they need. Either without any assistance, or without assistance that is known to work, the patient may continue to suffer, or unfortunately get worse. This is because issues such as severe depression are more than an issue of a negative personal philosophy, but a concern of pharmacology, medicine, and psychology, so the notion that those suffering can be cured by a simple outlook adjustment towards one of acceptance is not realistic.

Given that there are issues requiring a greater intervention than acceptance alone, promoting acceptance of every circumstance as not only a positive one, but as the best possible outcome, can cause those who are truly grieving to feel invalidated, which furthers psychological distress, making it a poor methodology. Following an adverse event, whether it be trauma, loss, or illness, it is normal to feel negative emotions. To quote the popular novel turned major motion picture, The Fault in Our Stars, “That’s the thing about pain… it demands to be felt” (Green 110). Though the emotions may be difficult, leaving them undealt with because of the pressures to suppress them brought on by invalidation can lead to severe consequences. Phan Hong and David Lishner, professors of psychology at the University of Wisconsin, define invalidation as, “the negating, ignoring, or trivializing of emotions” (211). Regrettably, this is exactly what is done when someone who is struggling with grief following a trauma is told that this is the best thing that could have happened to them. Hong and Lishner conducted a psychological study in order to see just how detrimental the invalidation of emotions following trauma is, and found that emotional invalidation predicted a plethora of psychological conditions further down the line including post traumatic stress disorder, borderline personality disorder, and psychopathy (214). Following adverse events simply promoting acceptance will not only not effectively alleviate pain but foster its progression into additional psychological issues later on, which results in further hurting, as opposed to helping heal those already suffering.

Unfortunately, just as overemphasis of acceptance can lead to the consequences of invalidation, it can also lead to passivity and a victim mentality which can be even more detrimental in regards to healthy living. This is because health, as defined by the World Health Organization, is “a state of complete physical, mental and social well-being and not merely the absence of disease or infirmity” (WHO 100). Under this definition, health extends beyond the lack illness, but implies attaining a positive health status, which cannot be done passively. Accepting that absolutely everything that happens is what is supposed to happen leads to the relinquishing of control over one’s life, which takes away the chance to improve one’s situation. As summarized by Richard Bach, an American writer and life coach, when one gives up control over their circumstances it leads to the mentality of, “It’s never our fault, [and] we can’t take responsibility for it. If we can’t take responsibility for it, we’ll always be the victim” (qtd. in Silva). If negative events continue to happen and one continues to accept them rather than strive for better, they can remain stagnant and ruminate in their misfortune, which is neither healthy nor productive. Too much faith placed in fate through unquestioning acceptance leads to the denial that anything can be done to change the conditions. This is ultimately disadvantageous because there is a difference between simply accepting versus adapting, and only the latter will lead to progression. Acceptance without action does not allow for improvement, and remaining stuck in negative circumstances unnecessarily prevents people from the maximization of their psychological well-being, which is by definition not healthy.

Like many things in life, dealing with adverse events does not come with a clear black-and-white map of healthy ways versus unhealthy ways to do so. It is a murky grey area, where although acceptance and optimism are fundamentally good, this approach is not universally suitable. As aforementioned, the way that Chris Prentiss in Zen and the Art of Happiness preaches unwavering acceptance of all events oversteps the parameters of an effective self-help strategy because it is much too broad and rigid of a conclusion to draw. In terms of mental health and overall well-being, there is no such thing as ‘always’ or ‘every single time,’ and one cannot assume that any approach will be effective without exception. Unquestioning acceptance neglects to acknowledge that human beings experience complex feelings following illness, loss, and trauma, and these feelings cannot and should not be changed to automatic acceptance just because one is encouraged to do so. In fact, making those who are suffering feel like they ought to be able to accept their situation and move on is trivializing their struggle and does more harm than good. Individuals must deal with hardships as they come on an individual basis, because there is no ‘cookie-cutter’ or ‘one-size-fits-all’ path to health and happiness following negative experiences.

“Many Australians Use Alternative Treatments for Depression, But Do They Work?” Complementary Medicine and Depression 9 (2008): 43-44. Web. 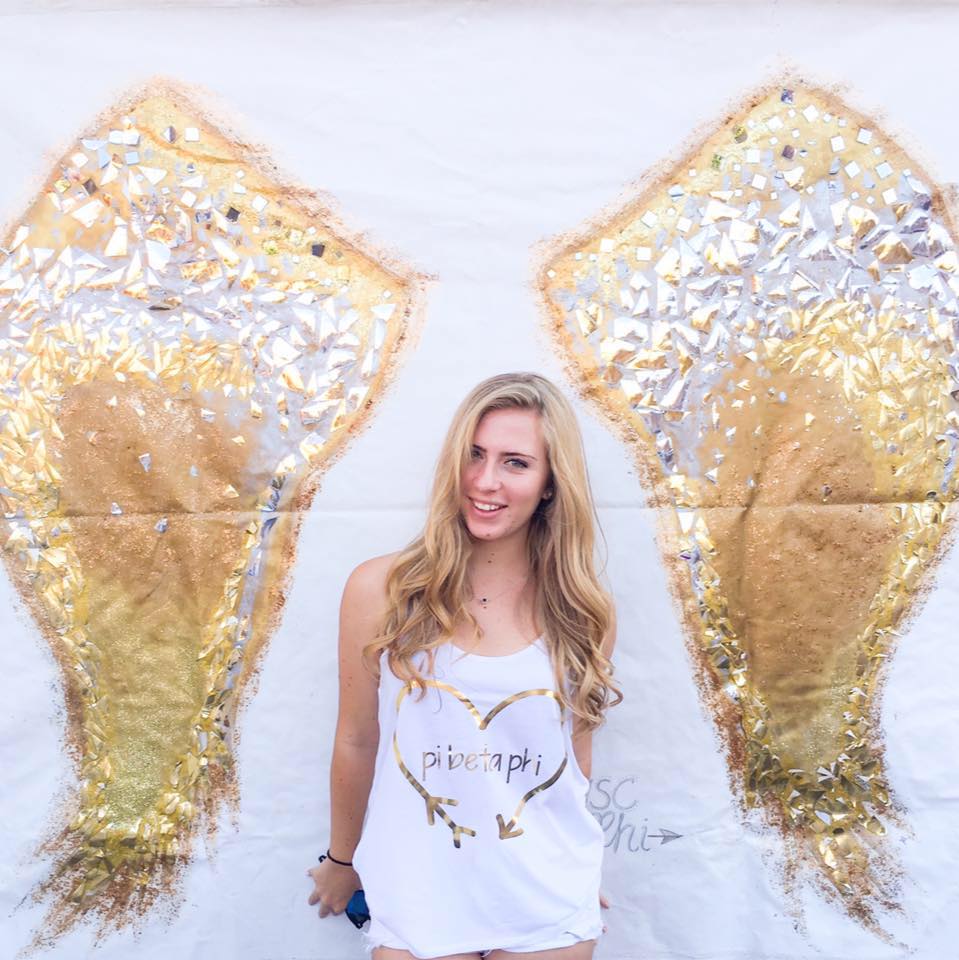 Delaney Harbold is a senior at USC studying Health Promotion and Disease Prevention. She works at Children’s Hospital Los Angeles.