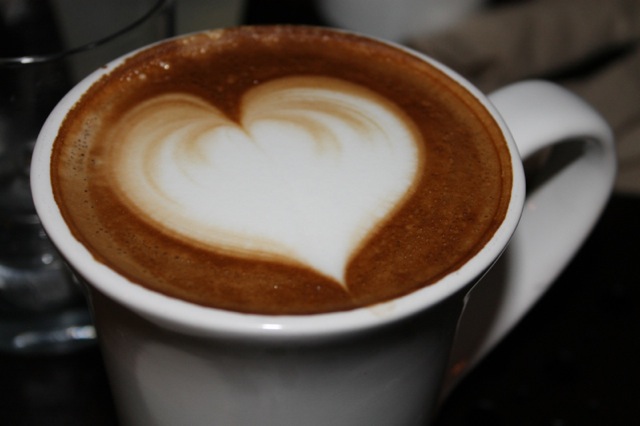 When I was first attempting to decide upon a topic for my weekly blog posts, I was at a complete loss. As anyone who knows me could happily inform you, I am incredibly indecisive. It’s a miracle on some days that I’m able to leave the house on time after going through the daily struggles of deciding what I should eat for breakfast or what shoes I should wear with that dress. Thus, having no limit on topics to choose from, I was slightly overwhelmed, flipping between topics rapidly and not wanting to commit to a single choice. Finally, after subjecting my roommates to an impromptu camera-sesh, I had the realization that I wanted my blog to focus on photos. Thus, in an effort to create a consistent theme for these weekly photos, I’ve decided to use this medium as a way to pictorialize my love for the city of Los Angeles one picture, and one reason, at a time. Starting with…

Urth Caffé is one of my favorite places to go in L.A. More often than is healthy for our wallets, my roommates and I find ourselves saying, “let’s go to Urth.” My obsession for Urth’s deliciously caffeinated coffees and amazing brunch rivals that of any USC sorority girl’s, despite the absence of any PanHellenic affiliation of my own. Until recently, I had never gone to the one downtown, usually frequenting the Santa Monica incarnation, instead.  This was a mistake. On my most recent adventure to Urth, I ventured down to Hewitt Street. Situated in the heart of the Arts District of Downtown L.A., it’s easy to be confused by Urth’s presence, a cheery, brick-lain façade crammed in between warehouses and empty lots. After all, a cute café frequented by celebrities, college students, and locals alike does not seem quite so at home in the middle of this industrialized, potentially sketchy, part of the city. Yet its location here offers a unique and contrasting view of Los Angeles. Sitting outside on the patio of Urth, warmed by the sips of my frothy Spanish latte and by the waves of heat radiating from the space heaters, I watched numerous 18-wheeled trucks drive past and was deafened, on several occasions, by the sirens of police cars speeding away. It’s not as glamorous as you’d expect it to be, especially in comparison to the practically beachfront location Urth occupies in Santa Monica.

I love how each Urth has a different personality: the gritty Downtown Urth, the casual Santa Monica Urth, the posh Beverly Hills Urth. Though I’m a bit amused with myself for making my first post about why I love Los Angeles about my favorite food and coffee hangout, but at the same time, I feel like it’s a good start to illustrate the many different sides of the city. Also, I’m just legitimately enamored with Urth Caffé; I’m always thrilled to devour one of their healthy and vegetarian menu items, delighted to discover a perfect image of Hello Kitty or a flower atop my latte, and relieved to find that, unlike Intelligentsia, the atmosphere is not completely dominated by a hipster clientele.

And now, after writing this, all I want to do is go to Urth.