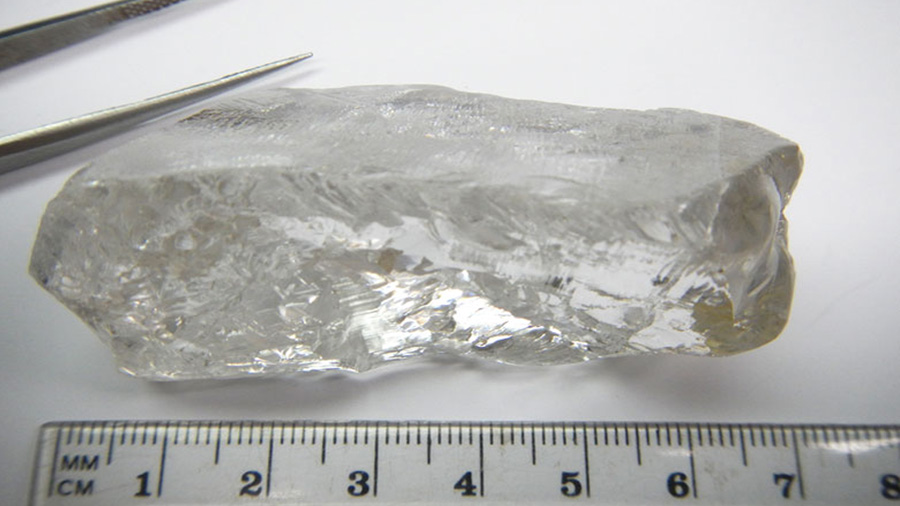 Analyzed as a rare Type IIa diamond, this virtually flawless D-color stone measuring 2.75 inches in length, is the 27th largest diamond found in the world, a fraction of the world’s largest 3100 carat “Cullinan Diamond discovered in South Africa in 1905. The diamond was discovered at the Lulo mine, 435 miles east of the nation’s capital Luanda. Prior to the latest discovery, the “Angola Star” discovered in 2007 was the nation’s largest at  217.4 carats. Angola is currently the 4th largest diamond producer behind Russia, Botswana and Canada. While there are some reports of diamond exports by colonial Portuguese powers as early as the 18th Century, modern diamond mining did not begin until the early 1900 when diamond gems were first discovered in the central and northeastern parts of the country with the diamond and prospecting company Diamang enjoying exclusive rights in the region until the nation gained independence in 1975 following the Angolan War of Independence. It is estimated that there are up to 180 million carats worth of diamonds located in the region. Though a major source of revenue for this sub-Saharan nation, mining has not been without its drawbacks mainly as a result of diamond smuggling and the presence of rebel Unita forces and the lengthy civil war that ended in 2002. Additionally, the government was recently forced to cut taxes in a bid to revamp the industry as a financial crisis looms in the country. It is hoped the discovery of this latest diamond will usher the country into a new era of profitable diamond mining.