Carob (also known as locust bean and St. John’s bread) is a legume from the pea family and a good plant to know about if there is ever any sort of crisis that threatens the food supply. You have likely seen the large, flattened, dark brown pods produced by carob trees littering the streets, as carob is ubiquitous in Los Angeles. In particular, Pasadena and its surrounding cities have a wealth of carob trees thanks to Seventh Day Adventists who planted them next to elementary schools after the Great Depression. They did this so that if there was ever another depression, the children would have something to eat. Carob pods can be eaten raw, have a sweet chocolatey flavor, and contain all three macronutrients (carbohydrates, protein, and fat), so they can keep you from starving for quite a while, even for months if you are able to supplement with sources of essential vitamins not found in the plant (such as vitamin C). 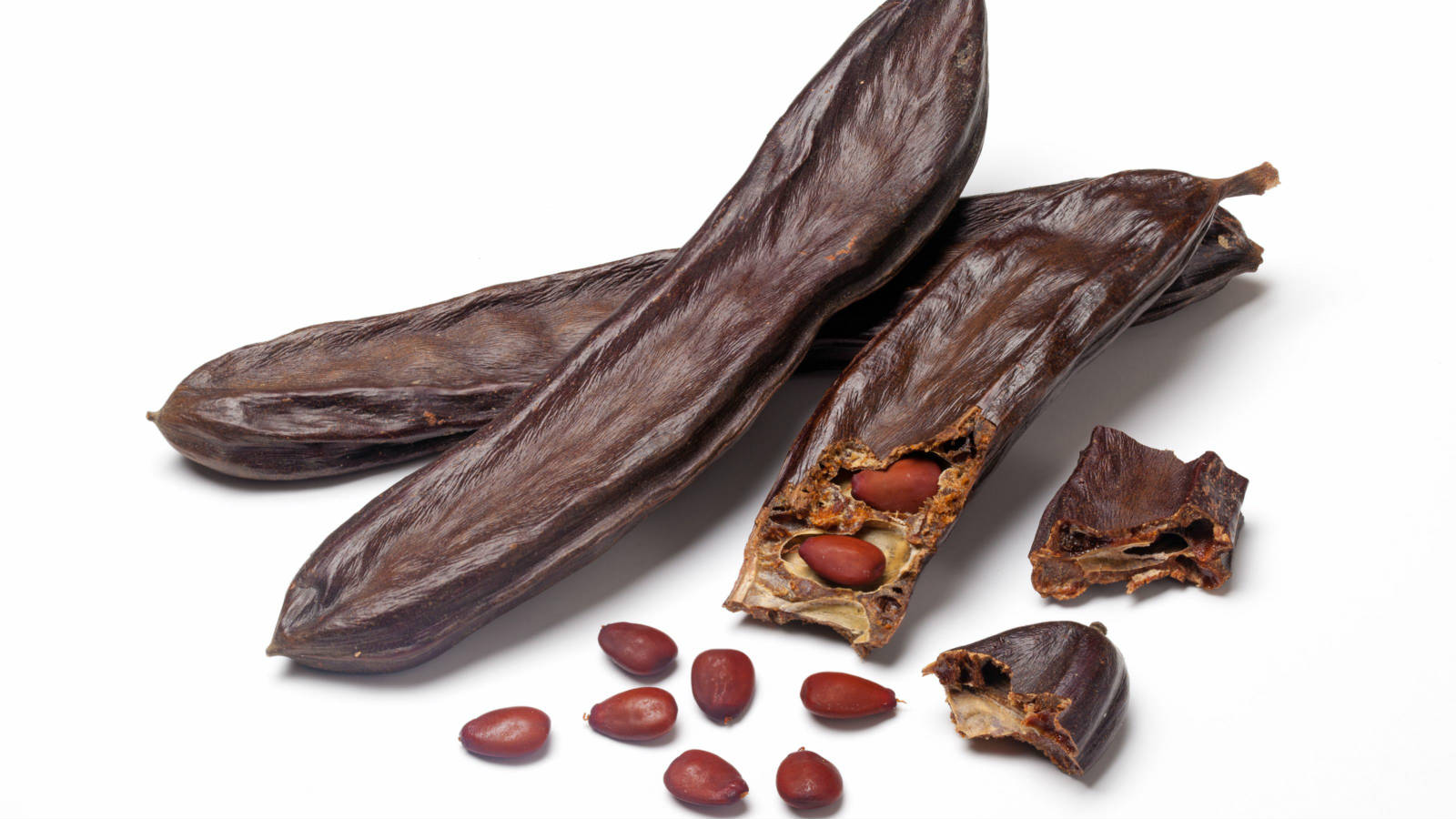 Although not particularly popular today, carob has a long history of human consumption that dates back to at least 4000 BC. This warmth-loving tree originated from the Mediterranean region and western Asia. It can be found in countries such as Spain, Italy, Greece, Egypt, Turkey, and Israel, and is thought to have been introduced to southern California by Spanish missionaries during the colonial period.

Additionally, it is believed that the hard seeds found inside the carob pod were at one time used as a measuring device by goldsmiths because of their uniform size, which is where the term “carat” came from. Nowadays the seeds are cooked down into a thick gum (often listed on ingredient lists as locust bean gum) that is used in cosmetics, toothpaste, as a stabilizer in food items, adhesives, and ink.

Because of its sweet taste, carob can be used as a sugar replacement in a wide variety of foods, including pancakes, shakes/malts, nut bars, cakes, muffins, waffles, etc. For those compelled to go foraging for carob, the pods that are ready to eat are the ones that have dropped to the ground. Ideally you want the pods to be large and smooth, and not withered or gnawed on by animals. Before eating, make sure you wipe off the carob pod with a wet cloth to remove any dirt. And make sure to avoid biting into the seeds as they can crack a tooth!