For years, young women disappeared in Juarez, a Mexican border city, only to have their bodies found in the desert and showing signs of assault. Their killers specifically targeted poor, dark, indigenous women who did not have the power to pursue justice (Portillo). The femicide occurred as a result of their intersectional identity. Intersectionality, a term coined by civil rights activist Kimberle Crenshaw, is the collision of multiple social identities including gender and race. Crenshaw created an image for interpreting discrimination, saying, “If an accident happens in an intersection, it can be caused by cars traveling from any number of directions and, sometimes, from all of them. Similarly, if a black woman is harmed because she is in the intersection, her injury could result from sex discrimination or race discrimination.” Women of color are vulnerable to domestic and institutionalized violence because racial and gendered political agendas discredit each other and refuse to recognize intersectionality. Minority women’s objectification in popular culture and the appropriation of their bodies through the male gaze act as justification for the brutality perpetrated against them.

Discussion surrounding women and feminist movements do not integrate race, neglecting to develop an understanding and inclusivity for non-white women. In Charlotte Brontë’s Jane Eyre, Bertha is Mr. Rochester’s mentally ill first wife whom he brought from the West Indies and imprisoned in his attic. She is a barrier against Jane and Rochester’s relationship, being the “foreign, beastly woman-object who stands in the way of the harmony of the present society” (Chow 145). As a woman of color, she poses as a foil to the white and Westernized Jane, the protagonist of the story. The “woman’s picture” of whiteness is a narrative enforced throughout history. Furthermore, feminist strategies to support women after sexual assault often exclude women of color. Rape crisis counselors report that many resources are used to deal with external problems, not even rape itself. These problems include attempts at locating resources and contacts for victims. This process is “information and referral” and therefore a category that is underfunded (Crenshaw 1251). These policies fail to include nuanced resources women of color desperately need in order to break out of the violence. Women working in the field of domestic violence are “adopting policies, priorities, or strategies of empowerment that either elide or wholly disregard the particular intersectional needs of women of color,” such as the insufficient amount of support services for non-English speakers (Crenshaw 1262). As evidenced by the insufficient support, feminism movements do not recognize the importance of intersectional qualities, confining their political agendas to support only one facet, the white woman. Femininity that is acceptable and supported is white, while women of color are not acknowledged.

Antiracism movements that are sensitive of any negative representation of minority men refuse to rightfully recognize femininity, thus ignoring assault perpetrated against women of color. The Black Panther Party (BPP) presented black men with “guns, military berets, trousers, and leather jackets,” defying the “memory-image” of them as helpless to white domination and control (Keeling 79). The transformation of blackness combatted the history of black men’s emasculation through castration and their “disembodied subjectivity for white men” (Keeling 83). However, blackness being masculine was an issue for the women in the BPP, as it maintained conceptions of hegemony and sexism. Although masculinization of the BPP did not completely overlook them, it supported an unstable and inconsistent appearance of black women (Keeling 88). The BPP focused on empowering black men, yet did not recognize the existence of feminine characteristics in Black Revolutionary Women, demonstrating the opposing interests of racial and gendered movements. However, a danger to black men mobilizing is the stereotype of savagery and uncontrolled violence, which people simultaneously challenge in antiracism movements, doing so at the cost of revealing the prevalent violence against women of color. The silencing of patriarchal violence can be displayed through Los Angeles Police Department’s refusal to release statistics of domestic violence in minority communities due to the risk that such information may enforce racial stereotypes (Crenshaw 1252). Antiracism agendas prioritize minority men, refusing to acknowledge black-on-black crime. Women of color are excluded from antiracist practices and the injustice they face is neglected: “Racism is linked to patriarchy to the extent that racism denies men of color the power and privilege that dominant men enjoy” (Crenshaw 1258). The politicization of antiracism singularly focuses on the interest of the patriarchy, excluding and renouncing the adversity women of color face because of their intersectional identity.

Popular culture hyper-sexualizes women of color, commodifying and degrading them, and thereby creating an excuse for exploitation and assault. The combination of hip-hop and pornography commodifies black sexuality for both the white and minority male pleasure. The overlap of these two genres – “the broader ‘pornification’ of hip-hop and the mainstreaming and ‘diversification’ or pornography” – can best be seen in hip-hop music videos that become “political theaters” for men to consume (Miller-Young 262). Although this phenomenon was a historical reconfiguration of the black female body, similar to how the image of blackness was reconstructed with the BPP, capitalism perpetuated hyper-sexuality and the abasement of black women. In turn, black hyper-masculinity surged, enforcing sexism and misogyny. The appropriation of the black female body continued with ghetto porn that “glamorized representations of the inner city, poverty, gangsta life, pimping, and whores.” The black men and rappers were often the gangsters, and the white men posed as the businessmen or pornographers, romanticizing the “hood” (Miller-Young 271). Yet with this fetishizing of black women, it garnered a certain anxiety among those who consumed hip-hop and pornography, as it was seen to be “dangerous, immoral, even pathological” to associate with a “ho” (Miller-Young 265). The collision of these genres produced something that was labeled as “illicit erotic,” further depriving women of color power and the freedom to define their own sexuality.

Similarly, the prevalence of the medical and scientific gaze directed towards women of color identifies their bodies as the subject, capable of being criticized and conquered. Masculinity possessed the black female body, defining it for men through the objectification and visual examination. For example, Sarah Baartman, known as Hottentot Venus, was displayed as a spectacle for freak shows due to her large posterior that defied normative white sexuality. The colonization of the black female body as a subject to be viewed reinforces patriarchal values. Likewise, Chinese women were subjects of the scientific gaze when they suffered the stereotype of prostitution. They were exotic but forbidden, deemed a moral and medical issue – physicians thought relationships with Chinese women allowed for the transmission of syphilis and leprosy to whites. People perceived Chinese women to be diseased and dirty, serving only to infect American society as “concubines to polygamous merchants or as prostitutes serving Chinese and white men” (Shah 78). Chinese women were subjugated because of their immoral representation, being a threat to white hegemonic society. Their merit was reduced while people fallaciously believed in stereotypes: “The variety of work that Chinese women did as seamstresses or piece-workers for manufacturers was dismissed in light of the conviction that the selling of sex was the only true activity of these women and the sole way of understanding their lives” (Shah 81). The police and government waged a war against Chinese prostitution, placing all Chinese women in vulnerable positions based on these societal generalizations. During the 1850s and 1860s, the police perceived women who looked out their window or stayed in first-floor rooms to be prostitutes waiting for men (Shah 82). Under these stereotypes, Chinese women’s private sphere of life were violated and they remained defenseless in their own homes. The male scrutiny regarded any affiliation with women of color as disgraceful, exhibiting the seizure of the feminine body.

As seen through border culture and immigration, institutions impose hegemonic desires onto women of color, imprisoning them in a structural cycle of oppression devoid of escape. Border nations are ambiguous and undefined, for their culture is always in transition and a state of malleability. This vagueness is caused by “gringos” seizing political and economic power from indigenous Mexicans and Native Americans, resulting in the infiltration of white culture (Anzaldúa 10). People who smuggle immigrants across the border often take advantage of indigenous and undocumented women of color based on white male dominance and capitalist influence that seeps into the borderlands: “Often the coyote (smuggler) doesn’t feed [the Mexican woman] for days or let her go to the bathroom. Often he rapes her or sells her into prostitution” (Anzaldúa 12). Undocumented women cannot rely on health or economic resources that are provided by the country or state because of the possibility of deportation. In addition, the border culture is responsible for the femicide in Juarez — the police took part in assaulting young women, and the government turned a blind eye to the violence that escalated in such a pronounced manner, demonstrating that institutions cause and perpetuate patriarchal subordination through the support of hegemony (Portillo). Women cannot report crime to the police because they are a part of institutional powers that ironically oppress. Similarly, immigrant women must depend on their marriage to an American citizen or permanent resident for a pathway to citizenship, and therefore are “reluctant to leave even the most abusive of partners for fear of being deported” (Crenshaw 1248). These women are vulnerable to domestic violence because there are no resources or alternatives for an escape, unless they are willing to sacrifice citizenship. Women of color are oppressed because of their limited position economic, social, political spheres that institutions establish through dominant forces of power.

The politicization of antiracism and feminism does not allow for the coexistence of such identities, causing women of color to be largely ignored in social justice efforts. They are also hyper-sexualized in popular culture and objectified under the male gaze. Women of color are dehumanized and deemed unworthy of garnering empathy, as seen through victim blaming. They are “the Other” and experience simultaneous subjugation because they are so distant from hegemonic norms. And although women of color are placed at the intersection, they should not be seen as supplements of white women or supplements of minority men. They have their own distinct identity conceived by the collisions and intersections of power. Women of color form their own space with this crossing, validating the existence of the diagonal crossing, a protected yet unrestricted intersection. 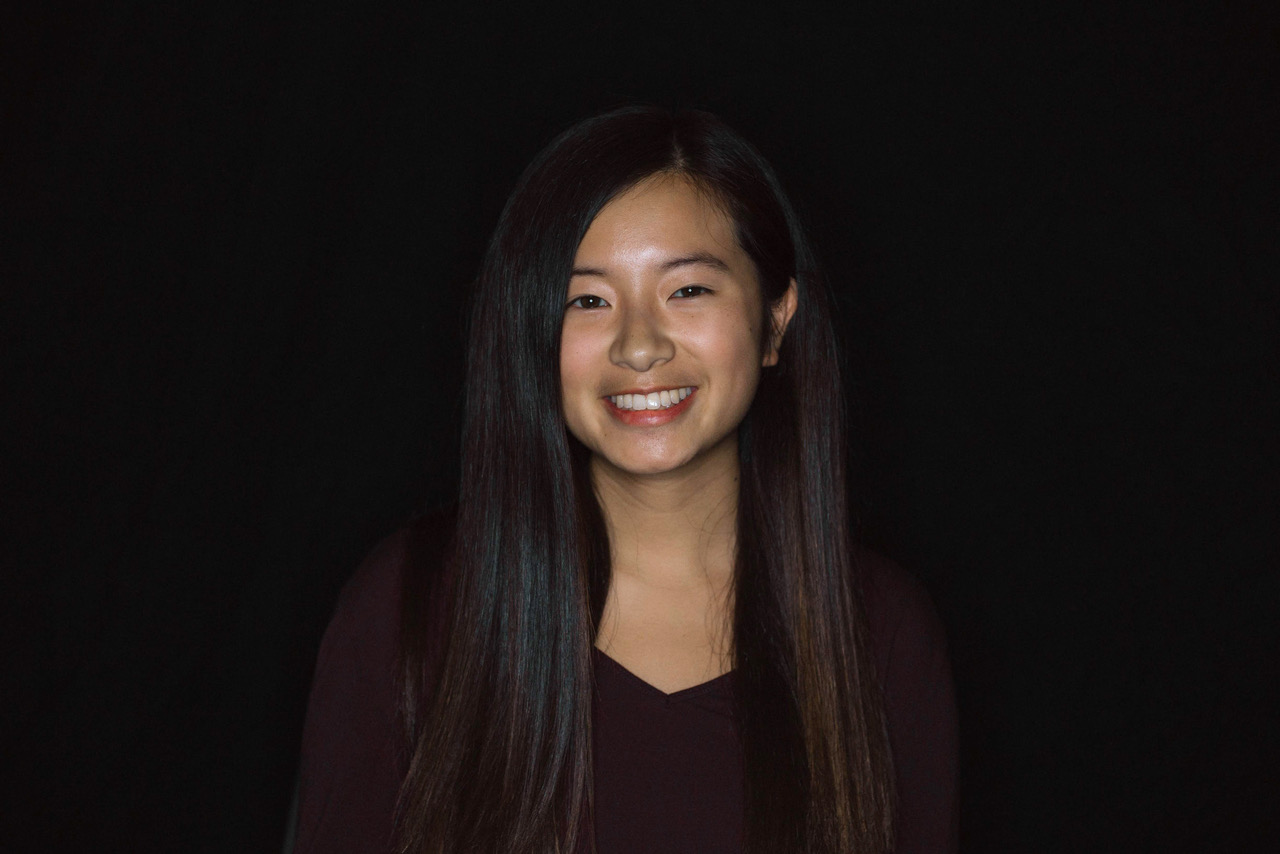 Isabel Chao is a sophomore majoring in Business Administration and Narrative Studies at USC who loves the connections between storytelling, design, and marketing. On campus, she plays clarinet in the Trojan Marching Band and is a designer for Trojan Marketing Group. She hopes to work in entertainment, education, or tech fields. In her free time, she can be found looking at memes and enjoying concerts with friends.

Chow, Rey. “When Whiteness Feminizes…: Some Consequences of a Supplementary

Keeling, Kara. The Witch’s Flight: the Cinematic, the Black Femme, and the Image of Common Sense. Duke University Press, 2008.