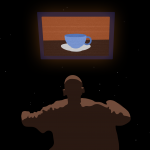 On January 20, 2009, America made history by inaugurating its first black President, President Barack Obama. The fact that a person of color achieved the highest office in the country demonstrates that the U.S. has come a long way in its journey towards racial equality since the civil rights era. However, America has yet to complete this journey. In fact, Obama's presidency has … END_OF_DOCUMENT_TOKEN_TO_BE_REPLACED 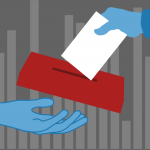 Abstract In North Carolina, the institutionalized nature of the modern and historical disenfranchisement of people of color means that the only way to comprehensively defeat the issue of racial gerrymandering is to perform a complete systemic overhaul. A practice which patently reflects these racial biases is racial gerrymandering which has reinforced a majoritarian … END_OF_DOCUMENT_TOKEN_TO_BE_REPLACED 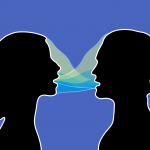 Impostor syndrome is something faced by many college students, especially first generation college students. Impostor syndrome is described as “ perceived fraudulence, involves feelings of self-doubt and personal incompetence that persist despite your education, experience, and accomplishments” (https://www.healthline.com/health/mental-health/imposter-syndrome). This self-doubt … END_OF_DOCUMENT_TOKEN_TO_BE_REPLACED

Hustle culture is something that has become extremely normalized. The idea that if you work hard, you will achieve everything you could possibly desire. You could overcome obstacles and become this amazing individual that everyone envies and wants to be. You become rich and are able to live in abundance without any troubles. Many believe that wealth is the key to happiness, … END_OF_DOCUMENT_TOKEN_TO_BE_REPLACED

Anxiety is all around us. It is triggered by fear of the future, fear of what others might think of you, fear of being disliked, fear of failure, fear of the unknown, etc. Anxiety is something really common. In the United States, 40 million individuals are affected by anxiety. 18.1% of adults have been diagnosed with anxiety, but only 36.9% get treated for it. Anxiety is often … END_OF_DOCUMENT_TOKEN_TO_BE_REPLACED