America’s obesity problem is hardly breaking news. In a 2012 study conducted by State of Obesity, 34.9% of American adults were considered obese or morbidly obese. Regardless of a person’s individual health status, all Americans are thoroughly invested in the health of the nation. The Center of Disease Control research estimates that the national medical care costs of obesity and its related illnesses are upwards of $147 billion dollars. Obesity can cut into national productivity as it is heavily correlated with absenteeism at work and leads to lower productivity. Fortunately, the nation has taken strides in the past few years on both the macro and micro level to address these issues through government exercise and dietary guidelines, health interventions in schools, and growing individual participation in healthy lifestyle changes and activities. Less fortunately, racial minorities trail far behind the progress of their white counterparts in battling excess weight. Although a combination of environmental and socioeconomic factors contribute to differences in weights among ethnic groups, these groups have inherently different benchmarks of good health and respond differently to exercise. The current yardstick for health applies best to Caucasian populations and the lack of information about variations among race offered to health intervention practitioners such as dieticians, personal trainers, and even doctors is a glaring ethical failing in the health sphere. This failing delivers a heavy detriment to the physical and emotional well-being of those who fall outside the narrow scope of the current standards.

The obesity divide among racial groups in America is staggering, especially between white and black populations. From the 34.9% of obese adults, 47.8% are black and only 32.6% are white. This gap grows wider among women, where 56.6% are black and 32.8% are white. Obesity is a common health measurement tool determined by Body Mass Index (BMI) which is the ratio of a person’s height to his or her weight. This can be calculated by taking mass in kilograms and dividing by the square of height in meters. A BMI under 18.5 is considered underweight, 18.5-24.9 is normal, and from 25-29.9 is overweight. A BMI of 30 or above is obese and 40 or above is considered morbidly obese. For a long time, researchers believed that predominantly external factors contributed to the obesity gap between black and white populations. However, James DeLany, an associate professor in the division of endocrinology and metabolism at the University of Pittsburgh School of Medicine, conducted a study that heavily challenged that notion. In this study, a group of 66 black women and 69 white women of a similar obesity level were chosen and put on the same dietary and exercise prescription for six months. The women were closely tracked and even though the black women adhered to the regimen just as closely, they lost about eight pounds less on average than the white women. Eight pounds. Since all other factors were controlled for, this study pointed to a biological difference in metabolism between white and black women that was previously unaccounted for.

Why is this? A number of factors could have contributed. The first is that black women generally have much lower resting metabolic rates or Resting Energy Expenditures (REE) than white women of similar weights. Their bodies require fewer calories to do the same amount of work. Even less well known, black women’s bodies become more efficient at a faster rate upon weight loss. People who are obese burn calories at a higher rate at rest than the average individual at rest because of the body’s attempt to keep up with the excess calories consumed. As excess weight is lost, resting metabolic rate decreases since the person losing weight is no longer consuming as many excess calories. In white women, the decrease in metabolic rate is proportional to the weight loss while in black women, the decrease in metabolic rate is initially much sharper. This means that their weight loss progress trails behind white women under the same dietary and exercise prescriptions simply because their bodies require fewer calories more suddenly than a white woman’s more steady response to diet and exercise.

An even more troubling fact is that the number of black women reported as unhealthy is inaccurate and exaggerated compared to other racial groups. Muscle is significantly heavier than fat, even though it physically takes up less room, and serious athletes often weigh much more than they appear to simply because they have more lean muscle mass. Even the typical black woman on average has more muscle than a white woman of similar weight. Hispanic women have a composition of somewhere in between, but unfortunately, there is still a dearth of research on this population group. Since BMI is a relationship between height and weight, black women will naturally test higher on the BMI scale due to this inherent biological difference. A black woman is more likely to be inaccurately tagged as “overweight” because she is held to a standard fundamentally incompatible with her physiological makeup.

Furthermore, research conducted by National Center for Biotechnology Information indicates that black women have more lean mass in all areas of their bodies except for their legs. Black women store more fat mass in their thighs specifically. This sounds like an area of concern except for the fact that additional studies conducted by the same institute and replicated with matching results by Harvard Health found that high leg fat heavily correlates with decreased risk of insulin resistance (diabetic symptom) and offers “protective effects on cardio- metabolic health”. Therefore, a black woman of the same body fat percentage as a white woman is generally going to be healthier because of black women’s propensity to store fat in their legs. No matter how you slice it, racial differences matter in health interventions and the current yardstick servicing primarily Caucasians misrepresents the health in minority groups.

Interestingly, the Asian population is also underserved, but in the opposite direction. Harvard School of Public Health published findings that indicate Asian populations are at a greater risk for obesity related diseases at lower BMI thresholds. Researchers believe that compared to their weight counterparts, Asian populations actually carry less muscle mass and more fat. These findings confirm the sentiments concerning the black population; the BMI cutoff for black individuals should be higher since they are likely to still be healthy beyond the current standard. On the contrary, the BMI cutoff for Asian individuals should be lower since they are at a higher risk for disease compared to all other races at the current standard.

The lack of refinement and inclusion of racial and ethnic disparities in mandatory literature here in America is a devastating moral and ethical failing within the field of preventative health and medicine. Health practitioners have a responsibility to make the most accurate, personalized assessments, and prescriptions possible. This will be impossible if the current standards exclude entire populations of patients such as blacks, Hispanics, and Asians whom are marginalized even in the health and fitness industry. Not a single one of the gold standard personal training certification programs vetted by the National Commission for Certifying Agencies features a lesson, textbook, or seminar addressing possible ethnic disparities in weight loss or baseline health standards to be aware of during assessment and training.

Health practitioners are not aware that the intervention techniques are ill suited for an enormous portion of the United States that identifies as black, Asian, or Hispanic. The current standard directs health professionals unarmed with this information to inform Asian individuals who may be at a higher risk for cardiovascular disease at their current weights that they are healthy because if they were white, this would be the case. Similarly, they inform black individuals that they are at risk for diseases that they should not worry about unless they were white. Just as men and women respond to medicine and exhibit symptoms to diseases in predictably unique ways, different racial groups respond to the stressors of exercise uniquely.  Worse still, the actual intervention process will not suit the needs of the specific groups. Black people following a diet and exercise prescription created according to their current level of fitness is not specific enough. The regimen must account for the lower REE to tailor the caloric intake lower and/or increase energy burned during works outs and then have a more drastic drop once the weight loss has begun.

These issues are already being addressed globally. Japan and China have already lowered the BMI overweight cutoff to 23 instead of 25 in response to research. The World Health Organization recognizes the findings as well, but has not endorsed official new cutoff points because of a lack of agreement among scientists. The United States has a diverse population and the government has a responsibility, in addition to a financial incentive, to encourage the integration of several non-Caucasian health considerations into current guidelines. Even if the exact course of action is not definitive, taking the step to broaden awareness does wonders for understanding different needs.

Granted, the subject is touchy for some, especially since making broad assumptions based on just one dimension of a person’s identity can feel like people are being strictly pigeonholed. This kind of thinking also seems divisive. Every part of our society now feels obsessed with race and how our needs are different, how we are different, but it’s the exact opposite. The different needs always existed and now is the opportunity to address them. No one likes to be discounted and no one wants to be held to an inappropriate standard. Picking apart these differences allows for greater inclusion and total unity. This is why it is more important than ever to have a country of health practitioners well-equipped to address the needs of these communities. Knowledge about as many pertinent facets of an individual’s health bolsters the level of care and quality of results for everyone. 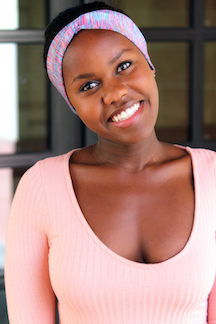 Jay is a Writing for Screen and Television Major in the School of Cinematic Arts. She primarily writes humorous fiction and articles about her interests in health, athleticism, and racial perspectives.