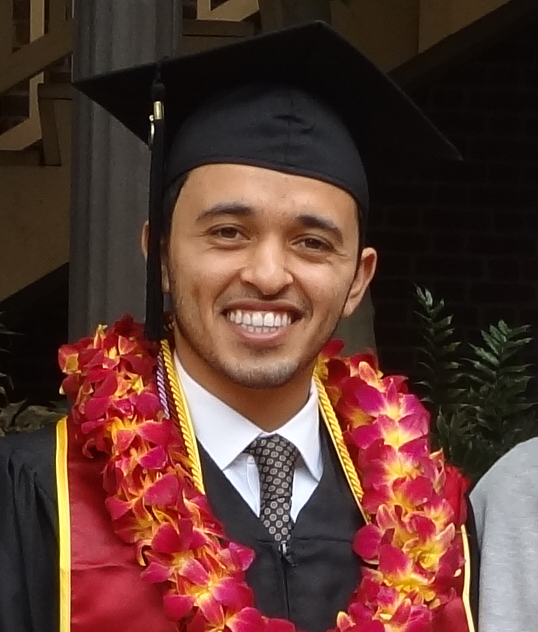 They say that there is a price for everything. If so, who is paying for the free lunches that 97 out of every 100 medical students in America receive (Lo and Field 436)? The direct answer, of course, is the pharmaceutical industry. But the less apparent answer is that patients are paying the price with their health.

Since the early twentieth century, pharmaceutical companies have had a pervasive presence in medical research, literature, policy, insurance, education, manufacturing and practice (Greene 742-748). Aside from funding the majority of biomedical research, drug companies also influence what research gets published, which drugs get insured, and what information physicians receive about these drugs (Bekelman, Li, and Gross 454-465). In doing so, the pharmaceutical industry plays a significant role in controlling the regulation, prescription and worth of its own product. According to the World Health Organization (WHO), this represents “an inherent conflict of interest” that potentially risks the health and lives of patients.

To view industry actions as purely malignant, however, would oversimplify the issue. The pharmaceutical industry is in many ways the monetary lifeblood of modern medicine. It invests significant funding that makes most biomedical research possible (Bekelman, Li, and Gross 454-465). It employs researchers who discover these breakthroughs and owns publications that disseminate them. Increasingly, academic hospitals rely on drug companies to fill the fiscal void that the emergence of private hospitals has created. In continuing medical education, too, industry funds conferences and covers physicians’ attendance costs. Though this relationship between industry and medicine may have negative consequences, it is an essential financial pillar of healthcare in America. For this reason, industry interactions with medicine should not be viewed as an ethical transgression, but rather as an ethical dilemma.

The most concerning aspect of this issue is the interaction of drug companies with physicians because the negative outcomes of this interaction directly harm patients. Such concern has resulted in guidelines developed by reputable organizations like the Association of American Medical Colleges (AAMC), the World Health Organization (WHO) and the International Federation of Pharmaceutical Manufacturers & Associations (IFPMA). But the persistence of unethical interactions between drug companies and physicians reveals the inefficacy of current solutions. Rather than blaming physicians, policy makers or even drug companies, the medical community must realize that these unethical interactions persist because established guidelines are incongruent with guidelines adopted by medical institutions.

From the first days of their medical training, physicians-to-be enter an environment saturated with industry influence. Out of 281 medical students at the University of Minnesota, for example, all but 3 students reported exposure to industry marketing (Bellin et al. 1041-1045). Similar surveys report that the frequency of such interactions are about once per week (Sierles et al. 1034-1042) and that medical students feel inadequately prepared to handle them (Fitz et al. 1-3). Additionally, 94% of medical students reported receiving a “small, non-educational gift (e.g. pen or coffee mug),” 54% a drug sample, and 15% the cost of travel expenses for a conference paid for by a drug company (Sierles et al. 1034-1042). These types of interactions, which start in medical school and continue past retirement, are a clear attempt by drug companies to advertise their products. As a multi-billion-dollar industry that relies on medical prescriptions to stay in business, the pharmaceutical industry believes that targeting future and current physicians is an effective business model. Why else would drug companies spend $57.5 billion gifting doctors with meals, drug samples, textbooks, and travel expenses, other than to make hundreds of billions from the drugs those doctors will hopefully prescribe?

And indeed they will prescribe them. Manchanda and Honka determined that industry advertising “affects physician prescription behavior in a positive and significant manner” (Manchanda and Honka 785-822). The more a physician experiences advertising for a certain drug, the more likely he is to prescribe that drug. A cardiologist who is prescribing lovastatin – a generic statin drug intended to lower a patient’s LDL cholesterol – will, according to this study, shift his prescribing behavior to prescribe Lipitor instead if he receives enough golf balls and free dinners from Pfizer.

The fact that industry interaction reliably changes prescribing patterns entails that doctors do not always prescribe the most effective drugs. To believe otherwise is to imply that every drug advertised to physicians is always better than the drug they already prescribe. Miller et al. demonstrated this when they analyzed the prescribing behavior of physicians before and after a clinic closed its drug sample closet for nine months. After the sample closet closed, physicians decreased their prescription of expensive, brand name drugs and increased their prescription of more affordable, generic alternatives from 12% to 40% (Miller et al. 888-893). When freed from pharmaceutical advertising, physicians naturally thought it was best to prescribe the generic alternative, likely because it was equally effective and less expensive. This verified that industry advertising changes prescribing behavior, not because it educates doctors about better drugs, but rather because it bombards them with exposure to the drug and psychologically impels them to reciprocate material gifts with prescriptions.

The ubiquity of pharmaceutical interactions and the transfer of gifts demonstrate inaction on the part of medical institutions to curtail a practice that “offers little or no countervailing educational benefit” and probable patient harm (Lo and Field 436). With few exceptions, medical institutions fail to adopt guidelines that fully comply with recommended guidelines. Reluctance to adopt standard guidelines may come from executives who have significant ties with industry, explaining their unwillingness to reform a system that generates tremendous revenue for their institution and for themselves (Anderson et al. 1353-1355). Physicians and researchers also provide resistance to these policies, stating that it creates a culture of interpersonal scrutiny, discourages collaboration and stems innovation (Boyd, Lipton, and Bero 206-214). Furthermore, there are no governmental measures in place to monitor and correct unethical interactions. Certain states require institutions to adopt disclosure policies that force physicians to disclose all financial and professional ties with private industry, but this is nothing more than shedding sunlight on a long-festering wound (Lo and Field 436).

It is understandable that physicians in this setting are often unaware of the recommended guidelines that should inform their interactions with industry (Lo and Field 436). This deficit in knowledge, combined with an undergraduate medical education that indirectly vindicates unethical interactions, can change physicians’ beliefs about what is and is not ethical. To evaluate physicians’ views on ethicality, Brett et al. asked residents and physicians at a US medical school to rate the ethicality of 21 scenarios from 0 to 3, with 0 being “not problematic” and 3 being “very problematic.” When asked about receiving a pen and pad carrying the name of a new drug, physicians and residents responded with a mean rating of 0.55 and 0.41 respectively. And when asked about getting an all-expenses-paid trip to a resort, residents and physicians felt slightly more concerned, rating the interaction as a 1.79 and 1.72 respectively (Brett, Burr, and Moloo 2213). Both interactions clearly violate the guidelines established by AMSA, however, inasmuch as they involve the exchange of a “non-educational gift.” Such low ratings by new and veteran physicians alike imply that doctors not only lack knowledge about these guidelines, but also have ethically lax views on industry-physician interactions.

But who can blame them? In current medical practice, physicians have so many concerns that the added effort of analyzing the ethicality of their interactions is a burden. Many doctors work long hours in understaffed settings, straining themselves to offer quality care to patients in a system that rewards efficiency over quality. In the little time that physicians do have, they may be scrambling to complete required documentation or finding a moment to eat. Against this backdrop, a catered lunch from a drug company may seem inconsequential and deserved. To scorn physicians for thinking this way, particularly when the guidelines for ethical behavior are poorly communicated or absent altogether, is unfair.

Although physicians, pharmaceutical companies and federal regulations contribute to the persistence of unethical interactions between industry and medicine, medical institutions contribute the greatest share. Ad hoc committees and government agencies have done their part to develop standards for institutions to adopt. Pharmaceutical companies are content with continuing a lucrative practice of spoon-feeding misinformation to physicians while showering them with material gifts. Physicians are largely unaware that standards for ethical interaction exist and do not have the time to find out more for themselves. Furthermore, the pragmatic hurdle of educating every physician about these standards, monitoring their interactions and imposing consequences is far too large for any central agency to surmount. Such an approach would also sacrifice the flexibility required to evaluate interactions that often have both costs and benefits.

Medical institutions, however, whether they are hospitals, schools or clinics, have the real ability to adopt standard guidelines and implement them on-site. They also can evaluate interactions on a case-by-case basis, allowing for beneficial interactions and curtailing harmful ones. Shining examples of such institutions include Stanford, the University of Minnesota and the University of California (Lo and Field 436). But they are still the minority. Significant curtailment of unethical interactions between pharmaceutical companies and physicians will only occur when medical institutions adopt standard guidelines and bridge the gap between policy and practice.

Manchanda, Puneet, and Elisabeth Honka. “The Effects and Role of Direct-to-Physician Marketing in the Pharmaceutical Industry: An Integrative Review.” Yale Journal of Health Policy, Law, and Ethics 5.2 (2005): 785-822. Web.