Last month, the beloved Barbie doll underwent a much needed transformation with the introduction a new of line of diverse dolls varying both in body type and skin tone. This long awaited transformation came in response to years of criticism regarding the dolls perpetuation of rigid societal beauty standards on young girls. This new line of dolls was met with much praise with many seeing it as a much needed step in ushering in a new era of body positivity. However, for Nigerian medical scientist Haneefa Adam, there was room for more. As a practicing Muslim and recent Master’s of Pharmacology graduate, Haneefa felt that the dolls still did not serve as adequate role models for young Muslim girls and decided to take to Instagram to do something about it. And thus “Hijarbie” was born. 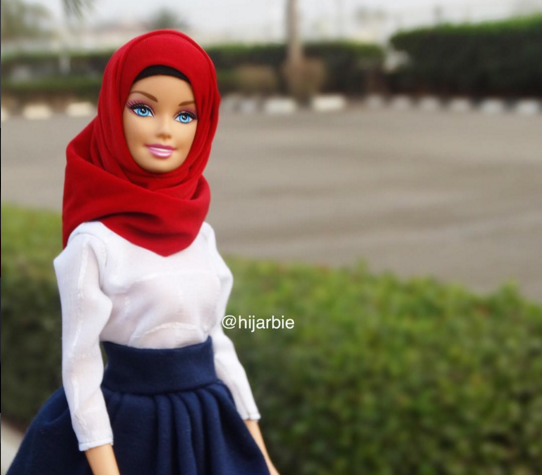 Almost overnight, Haneefa’s page featuring Barbie dolls dressed in “colorful headscarves, flowing abayas and full length couture dresses” became a viral sensation. For Haneefa, creating this doll is less about criticizing current Barbies for being skimpily clad but more about giving young Muslim girls something they can relate to and identify with as part of their culture and tradition. Though met with some negative reactions, Hijarbie has received overwhelming positivity, so much so that Haneefa plans to expand the line to include more dolls of color. As she puts it, “I think this is a great platform to try and get the Muslim identity to the world and correct some misconceptions.” Currently, Nigeria has one of the largest populations of Muslims in West Africa estimated at around 50%, with 50% of those being women. The religion dates as far back as the 9th century, and the Hausa and Yoruba ethnic groups make up the largest Muslim populations in the country.