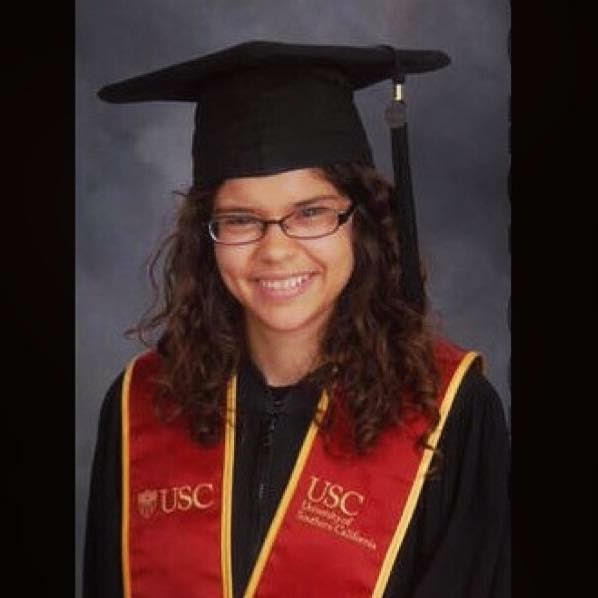 Ariana Aboulafia graduated from the University of Southern California in May 2016 with a B.A. in Political Science, a B.A. in Law, History & Culture, and a minor in Forensics & Criminality. She currently lives in Miami, Florida, and is pursuing a JD degree at the University of Miami School of Law. Her hobbies include organic cooking, baking, and hiking with her service dog Simon.

Civil disobedience – that is, the conscious refusal to obey certain laws – has played an incredibly important role in American and world history. This predominantly nonviolent and political means of protest is often an effective way to attempt to change certain laws; however, this does not mean that the usage of civil disobedience is justified in all situations. Although thinkers and practitioners of civil disobedience such as Henry David Thoreau and Dr. Martin Luther King Jr. have attempted to use religious or humanistic morality to justify their uses of civil disobedience, I believe that civil disobedience can only be justifiably used if disobeying a particular law will decrease or prevent harm from occurring to a minority population (which, for the purposes of this paper, will refer to any legally protected minority group, including but not limited to, people belonging to a minority group due to their race, ethnicity, or sexual orientation). If it can be reasonably assessed by an individual that disobeying a law would advance the rights of a minority population or prevent harm from coming to that population, and not merely be assessed that obeying that law interferes with an individual’s sense of right and wrong, then and only then would that individual have the right to disobey that law.

One of the most important thinkers who discussed civil disobedience was philosopher Henry David Thoreau. In the mid-19th century, Thoreau spent a night in jail for tax evasion, an event which inspired him to write an essay that became known by the title “Civil Disobedience.”1 The essay is somewhat grounded in the specific events surrounding Thoreau’s decision not to pay taxes as he was morally opposed to the American government’s involvement in slavery and the Mexican-American war. He therefore decided that he had the right and obligation not to finance these endeavors with his money, an act that caused him to also take a much broader look at the philosophy behind civil disobedience as a general practice. In this essay, Thoreau writes that individual people have the right and the obligation to practice civil disobedience – that is, to disobey laws – exactly whenever a law seems to be unjust to their individual sense of morality. This idea is likely based in the Enlightenment-era belief that individuals are endowed with the power to know what is right and what is wrong. And, because all people know when something is wrong, they then must refuse to take part in that wrongdoing via civil disobedience; anything less than that blunt refusal to disobey an “unjust” law would connect an individual in some way to that law, rendering that individual an unjust one as well.

Thoreau’s philosophy on civil disobedience does make sense, particularly in light of the Enlightenment-era beliefs from which his ideas grew. Many Enlightenment-era thinkers believed very strongly in the idea that morality was absolute, that there were pure, black and white examples of laws that were right and laws that were wrong. Moreover, there was a belief that every person knew which laws belonged in which category. In Thoreau’s eyes, unjust laws (or laws that were “wrong”), were passed by people who knew that they were wrong, and simply chose to pass them anyway. The reasons why someone would choose to pass an unjust law were mainly attributed to selfishness; Thoreau saw the government as a system that functions only by the approval of the majority, thereby only passing laws that benefit that majority. Any person belonging to a minority group, of course, would then become the victims of these laws that were passed, regardless of their injustice, solely to help the majority. Thoreau did not think very highly of majority-rule democracy, going so far as to say in his essay that he believed that the “government is best which governs least” – meaning that the fewer majority-loving, minority-cheating policies a government passes, the better (according to Thoreau, at least). But, even if one does not share this particular belief of Thoreau’s, it is clear that minority rights played a huge role in his justifications for civil disobedience. Both his opinions on majority-rule government and the specific details of his own imprisonment – his refusal to pay taxes due to American policies that exploited minorities, including slavery – show just how intertwined minority rights and civil disobedience were to him. Discerning which laws, if obeyed, would cause harm to minority populations is a much more concrete way of determining which laws should be obeyed and which should not regardless of whether one ascribes to the Enlightenment morality belief.

One of the most well-known practitioners of civil disobedience in American history was Dr. Martin Luther King Jr. yet, despite his near ubiquitous recognition amongst Americans, many people may not easily recognize the Thoreauian principles that influenced his practices of civil disobedience. King, like Thoreau, seemed to believe that people were endowed with an absolute sense of morality; in his “Letter From a Birmingham Jail”, he alluded to this endowment being given by God, likely a result of King’s background as a reverend.2 Any law that went against God’s morality – like segregation, which he considered to be “morally wrong and sinful” – was an unjust law, and thus a law that should not be obeyed. King used his religious beliefs on absolute morality as part of his justifications for his decisions to break law. However, as with Thoreau, if one does not believe that morality is divinely endowed and is thus absolute, it is particularly important to look at other justifications King used along with the specific circumstances of King’s civil disobedience.

King disobeyed laws not only because he personally believed that they were wrong, but also because he believed that obeying those laws would cause significant harm to minority populations – in this case, people of color. He, like Thoreau, used civil disobedience in order to advance the rights of minority populations – the very people that Thoreau wrote were purposely and inadvertently left out of the makings of and protections afforded by laws passed by a majority-rule democracy. His usage of civil disobedience was not only effective at the time, but also has been considered in a positive light as history has progressed.

Similarly, approximately twenty years before Dr. Martin Luther King Jr.’s usage of Thoreau’s philosophies on the practice of civil disobedience, another, perhaps lesser- known American named Fred Korematsu also used civil disobedience to attempt to advance the rights of minorities. During WWII, President Roosevelt signed Executive Order No. 9066, which placed Japanese Americans in “internment camps” under the guise of protecting American citizens from potential enemies of war. Fred Korematsu was one of several American citizens of Japanese descent who refused to comply with this law and accompanying civilian orders that demanded Korematsu leave his home and move to an internment camp. Korematsu so believed in the injustice of the internment order that he eventually took his case to the US Supreme Court, alleging that the order violated his constitutional rights to equal protection under the law. This outrage was not only because it violated his own perceptions of right and wrong, but also because of the ways that it was negatively affecting thousands of Asian-Americans. In the Court opinion for the case, Korematsu v. U.S., author of the majority opinion Justice

Black wrote that the government’s needs to protect civilians in a time of “emergency and peril” outweighed Korematsu’s constitutional rights,3 which would seem to serve as a loss for Korematsu individually as well as a loss for the practice of civil disobedience as a whole. However, many years after this opinion, Fred Korematsu was issued an apology from Congress and was eventually even awarded the Presidential Medal of Freedom, which conveys just how highly his acts of civil disobedience have been considered in this country, even if that value was only made clear in retrospect.

Recently, civil disobedience has been discussed in the media due to the actions of Kim Davis, a clerk for Kentucky’s Rowan County who has gained national attention for refusing to issue same-sex marriage licenses. This is in direct violation of a Supreme Court decision stating that same-sex couples are entitled to receive marriage licenses if they so desire.4 Davis and her supporters argue that she is practicing civil disobedience, which she technically is in that she is choosing to disobey a law that she believes to be unjust. But, through Davis one is able to see the perils that can come with King and Thoreau’s assumptions that all people know what is right and what is wrong; assuming that Davis is not lying, she truly believes that allowing someone to marry someone of their same sex is morally wrong. Judging by the large numbers of people who celebrated the Supreme Court decision allowing same-sex marriage, it is clear that all people do not feel this same way. If one believes that morality is relative – that is, that the same action or law can appear “right” to one person and “wrong” to someone else, as it seems is illustrated through Davis’s actions – then, again, the idea that civil disobedience can only be justified if it prevents harm to minority populations becomes incredibly important. Using this as a benchmark for civil disobedience would mean that Davis’s civil disobedience is not justified due to the fact that it goes blatantly against the idea, first articulated by Thoreau and later put into practice by, among others, King and Korematsu, that the purpose of civil disobedience is to correct one of the major flaws of democracy by looking out for and advancing the rights of minorities.

In Henry David Thoreau’s essay “Civil Disobedience”, he wrote that individuals could and perhaps should choose to disobey laws whenever that person felt that that particular law was unjust. Similarly, in Dr. Martin Luther King Jr.’s “Letter from a Birmingham Jail”, he wrote that people were divinely endowed by their creator with a sense of right and wrong, and thus should use that sense of morality to choose which laws to obey and which to disobey. However, anyone who is not persuaded by an argument of absolute morality may be searching for other ways to discern which laws should be obeyed and which can be justifiably disobeyed. For, if morality is not absolute but rather relative, then there must be some other way to delineate which circumstances require civil disobedience and which do not. For these circumstances, I believe that it is clear that civil disobedience can only be justified if its usage prevents harm to or furthers the rights of minority populations. An unfortunate consequence of majority-rule democracy is that, because it is run by the majority, it most often only concerns itself with the needs of that majority. When used as a safeguard against this democratic flaw, civil disobedience can be an effective and important method of protecting not only the rights of minority populations, but also the institutions of democracy and democratic government as a whole.