The friend zone is the Bermuda triangle of the dating world: it’ll sneak up on you, and once you’re in, it’s too late to get out. The friend zone can be frustrating for a lot of guys, mainly because most of them don’t understand how it works. A lot of the time, the guy will blame the girl, citing that she’s a fool for wanting to just be friends when he can offer so much more. Ironically, girls think the exact same thing about guys, “Why didn’t he kiss me? Probably just wants to be friends.” I know it’s odd, but even in today’s modernized, gender equality society, girls still expect guys to make the first move in a relationship. It has nothing to do with feminism or social norms; it’s basic human evolution. Girls have expected guys to make the first move ever since Caveman Bob asked out Caveman Jill. But rather than clubbing her on the head like Caveman Bob, you need to kiss her on the lips to steer clear of the friend zone. 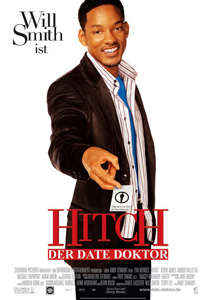 So from the moment you meet her, how much time do you have to make a move? Well, the film Hitch immortalized the general rule of thumb at three dates, but in the hustle and bustle world of a college student in Los Angeles, even that can seem unrealistic. You need to be smart enough to assess when is the right time to make a move, and go for it. This can be difficult because you don’t want to make a move too early, when she’s not ready, and you definitely don’t want to make a move too late, after that window’s been closed. The only sound answer I can give you is this: a girl is going to give you a chance – until she doesn’t. Just use your good judgment and don’t let an opportunity pass you by.

I want to add that being welcomed to her friend zone isn’t like getting an acceptance letter to UCLA – you can’t just say no to it. Once you’ve earned a spot on her friend zone wall of fame, you’re pretty much stuck there forever. Escaping the friend zone and getting a second chance to make her fall for you is so incredibly difficult that I won’t even dare you to try. You probably know at least one couple that stayed friends for years before they became romantically involved, but don’t use their love life as a model for yours. Their relationship was a rare exception to dating norms and chances are it was the girl who started liking the guy first, not vice versa. In the real dating world, getting that friend to become something more requires countless hours of hard work, frustration and is pretty much guaranteed to fail. If there’s a girl out there that you really, truly can’t live without you need to ask yourself, “Is she worth it?” If you say yes, ask yourself 100 more times because all that energy you spend on one girl who will never see you romantically, could be spent on another girl that won’t be able to get enough of you.