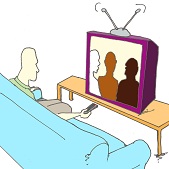 Showtime’s highly acclaimed drama, Homeland, has rocked the television industry for two suspenseful seasons. The show tells the story of Marine Sergeant Nicholas Brody after he returns home from eight years of captivity in Iraq. Carrie Mathison, an ambitious CIA officer, suspects he might be plotting an attack on America and the main tension stems from this unraveling mystery … END_OF_DOCUMENT_TOKEN_TO_BE_REPLACED