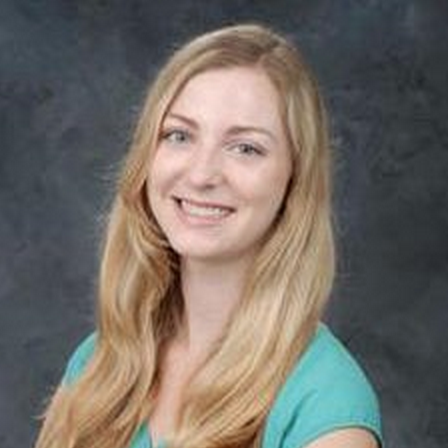 Anna-Catherine Brigida graduated from USC in May 2015 with a degree in print and digital journalism and a minor in international relations. She now works as a freelance journalist in Latin America.

year, sparking accusations of an “invasion” on one side and calls of compassion from the other

(Park). Republicans, such as Steve Stockman and Michelle Bachman, favor sending these

children back to their home countries (Haraldsson). Bachman even went so far as to link the

surge of migrants to the issue of foreign terrorists entering the United States (Haraldsson). On the

other side, many view the debate through a different lens— one of compassion for the violence

these migrants face back home. Pope Francis issued a statement referring to the situation as a

“humanitarian crisis” and encouraged that “these children be welcomed and protected”

(Haraldsson). Based on a recent poll by Washington Post, most Americans believe Pope Francis

has the right idea and are in favor of granting these children refugee status (Grossman). Yet, this

compassion might not be enough to make this happen. The world of politics and legal procedures

often favors reasoning and logic over sentimentality, and logic is not currently on the side of

these migrants. Two of the main conditions in order to be granted refugee status in the United

persecution, but limiting specific types of persecution leaves a vacuum for skeptics to deny

Central American migrants refugee status. Political, religious, or ethnic persecution may not be

gang-related violence. Based on the current U.S. definition of refugee, these Central American

immigrants are in murky waters. Thus, these legal processes need to be changed to match the

compassion that the majority feels for these recent migrants. In order to grant these child

migrants refugee status, the legal definition of refugee in the United States should be expanded to

in the type of persecution many face, particularly in Central America.

To understand this current round of immigration, one must understand who exactly is

fleeing Central America and what they are fleeing from. The majority of the unaccompanied

minors crossing the border are coming from what is referred to as the “Northern Triangle,”

composed of El Salvador, Guatemala, and Honduras (Restrepo). These countries each rank in the

Salvador fourth, and Guatemala fifth (Alfred). This violence is a result of gang activity and the

drug trade. In El Salvador, the presence of the Mara Salvatrucha gang, also known as MS-13,

these young migrants decide to leave, has found the most common reason to be gang-related

violence (Hinojosa). Many are threatened when they try to avoid joining the gang or when they

cross into another gang’s territory. The gang also has a significant presence in Honduras and

Guatemala. In Honduras, however, drug-related crime is the most prevalent. It is estimated that

the way to the United States, causing gangs to fight over distribution rights (Ramos). These

factors have all led to a crisis of violence in these three Central American countries, not just a

Since the search for economic opportunities does not merit refugee status by itself, it is

factor. If this wave of immigration was just about finding economic opportunities, we would see

a wave of immigration from all over Central America, but this is not the case. While all the

countries such as Nicaragua, Panama, and Costa Rica are not sending migrants to the United

States in the same numbers as the Northern Triangle countries. In fact, there have not been many

migrants at all from Central America’s poorest country, Nicaragua. From October 1, 2013 to

June 30, 2014 only 178 children from Nicaragua were apprehended at the border compared to

16,546 from Honduras (Replogle). This is a stark contrast for two countries with similar rates of

poverty. Both fall into the category of medium human development according to the Human

Development Report, which measures poverty in each of the 187 countries around the world

has a much lower rate of violence with only 11.3 homicides per 100,000 people compared to

and drug presence of the Northern Triangle countries. Although migration is caused by a variety

of factors, the contrast between the number of child migrants from Northern Triangle countries

driving factor but rather the violence that plagues Northern Triangle countries.

These immigrants are in fact fleeing for fear of their lives, but the current definition used

standards. Other international governing bodies have adapted their own refugee definition as

defined refugee in a Post-World War II context, stating that a refugee is someone who:

being persecuted for reasons of race, religion, nationality, membership of a particular

social group or political opinion, is outside the country of his nationality and is unable or,

owing to such fear, is unwilling to avail himself of the protection of that country; or who,

a result of such events, is unable or, owing to such fear, is unwilling to return to it.

(Convention and Protocol Relating to the Status of Refugees).

While this has served as the foundation of the UNHCR’s refugee definition, there have also been

significant changes made to adapt to changes in international migration patterns. In a 1967

provision to the definition, the qualification that one must be a refugee in relation to the events

Refugees). In 1986, the definition was further expanded to accommodate the patterns of violence

because their lives, safety, or freedom have been threatened by generalized violence, foreign

aggression, internal conflicts, massive violation of human rights or other circumstances which

UNHCR is continuously assessing their policies in each region. In their most recent report on the

Americas, the organization acknowledged, “one of the main recommendations was to address

definition serves as the foundation for the refugee definition, it is always evolving to consider

changes in the international system, as should the U.S. definition.

original 1951 convention, these updates do not sufficiently address the problems of drug and

gang-related violence, which have become important global issues. The U.S. Citizen and

definition and its 1967 amendment (Refugee, Asylum, and International Operations Directorate-

Officer Training). However, the definition does not recognize the international Cartagena

Convention but rather added two clauses unique to the United States. The first is the Refugee Act

of 1980, which offered economic assistance to those with refugee status to help them thrive once

Training). The second is the Illegal Immigration Reform and Immigrant Responsibility Act of

1996, which cracked down on those involved in the process of illegal immigration, such as

Directorate- Officer Training). The only addition that the U.S has made to the United Nations

definition is expanding the fear of persecution to include past persecution. Other than this

addition, the United States has not significantly updated their definition of refugee in nearly 50

years. Yet, the world is not the same as it was in the aftermath of World War II where new

countries were still struggling to find their place in the international system. When the issue of

gangs and drug trafficking emerged in the 1980s, it greatly affected migration patterns, but this

has yet to be taken into account with regards to the United States’ legal definition of refugee status.

provides opposition with a legal framework to deny refugee status to those who need it. One

writer for Investors.com makes the distinction between recent Central American refugees and

into the U.S. definition of fleeing political, religious, or ethnic violence, which he believes does

not describe Central American refugees. This author is conceptualizing refugee based on a set of

criteria determined in 1951, not whether he believes these migrants are in danger back home. A

writer for Fox News Latino, Nathaniel Parish Flannery, finds this logic to be problematic. While

Flannery argues for refugee status in an article for Fox News Latino, he recognizes that this is

not the norm within the legal system: “Victims of genocides and members of social groups

U.S.; Migrants who flee high crime environments generally are not.” What Flannery points to is

political and legal framework that condones this exclusion.

Beyond the issue of the exact wording of the U.S. refugee definition that hinders these

explains how he views the process of granting refugee status: “By its very nature, it’s not a legal

process, it’s a political process” (Gordon). Frelick finds this frustrating because he believes it has

rather than who really needs the refugee designation. In this current process of defining refugees,

country quotas trump compassion. This failure to update the refugee definition may not be the

only problem with the current immigration system but an indicator of a larger issue. The issue of

need. Let’s take Syria for example. There are an estimated 2 million Syrian refugees, most living

in neighboring Lebanon and Jordan and half of which are children (Lind). Approximately 70,000

migrants who have recently crossed the border (Lind). The Obama administration decided to set

a quota for Syrian refugees at 2,000 for this year, less than three percent of the refugees (Lind).

They set the number for recent Central American migrants slightly higher at 4,000, but it is not

clear the reasoning behind either of these numbers (Lee). Currently, refugee status is determined

way of deciding who needs asylum. In this way, this system is failing to adequately accomplish

what it has set out to do: provide asylum to those who lack safety in their home countries.

The current immigration system, particularly in the case of refugee status, is in dire need

of reform. Immigration is a hot topic in the political sphere and it is not going away any time

soon. In order to fix immigration in the United States, we need a total shift in the way we

understand immigration issues and conceptualize solutions. The problems that cause child

to find solutions to the gang and drug-related issues of Central America, which are deeply

connected to the United States. This would be more effective than the current strategy of putting

these migrants can’t make it to the border. Refugee status should be about granting asylum to

those who need it, but right now this is not the case. The United States needs to shift the focus

towards building a system of offering asylum that actually accomplishes its purpose. Rethinking

how we define refugee is one way to begin.

Alfred, Charlotte. “These 10 Countries Have The World’s Highest Murder Rates.” The

Cartagena Declaration on Refugees. Colloquium on the International Protection on

Convention and Protocol Relating to the Status of Refugees. Rep. United Nations High

Ramos, Jorge, and Dan Lieberman. “Why They Flee: Life in the Murder Capital of the World,

Restrepo, Dan, and Ann Garcia. “The Surge of Unaccompanied Children from Central America.”