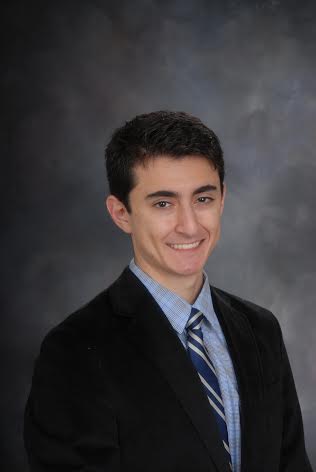 Studies and Economics. He has been heavily involved in various research projects while at USC,

working in Dr. Norman Arnheim’s genetics lab, as well as at CHLA’s Otolaryngology

Department. He has also been involved with campus organizations, such as USC’s Chalk the

Block and Undergraduate Research Consortium. When he finds the time, he enjoys watching

superhero TV shows and movies, playing tennis, and relaxing on the beach soaking in the rays.

Currently preparing for medical school applications, Sina is going to spend a year off from

school continuing his research at CHLA, tutoring for the MCAT, and TAing for USC’s famous

With many readily available for people on the internet, personality tests have become a fad in our society. As such, psychologists have concluded that there are five domains of personality: neuroticism (emotional instability), extraversion (socialness), agreeableness (works well with others), conscientiousness (organized and works towards a goal), and openness to experience (seeks many different experiences). Some new studies have emerged that claim certain traits, such as conscientiousness and extraversion, make better doctors because they tend to performed better in medical school (Boutelle). Therefore, there are arguments that personality tests should be a component of the medical school admissions process. Ultimately, however, personality tests offer just a snapshot in time, are easily falsified, and do not measure anything concrete. These inherently flawed personality tests should not be a part of the admissions process.

Much like medicine, people are constantly changing and evolving. Personalities are not
static. A meta review of empathy exams found great variability when participants retook the
exam 4-12 months in the future (Hemmerdimer et al). In a study of 130,000 participants,
researchers established that personality faced a near persistent change. For example,
conscientiousness increased throughout most people’s lifetimes, and extraversion started high
but decreased with age for females, and started low but increased throughout the lifetimes of
males (Srivasta et al). If a base-line level of either trait were required, medical schools may be
systematically disregarding an age group or gender, even though they may reach that base line,
or exceed it, in the future. Regardless, Griffith et al found that, when they asked their participants
to fake their personalities in certain ways, most people were able to deceive the exam (p<.001).
Clearly, personality tests still have reliability issues.

Personality assessments might not even be valid. Across the board, there are only weak
correlations between traits and job performance (Murphy et al). A meta-analysis found that the
results of studies that claimed relationships between certain jobs and personality traits were
influenced by small sample sizes. Even so, the results were still mixed. Conscientiousness had
the most significant effect on all jobs, but even that correlation was modest (Barrick et al).
Moreover, though some studies see a relationship, there are still no agreed upon theories
explaining why and how the five traits affect job performance (Murphy et al). While
personalities may be a good predictor of success, personality tests are not (Tulsky et al).

Setting aside the reliability and validity issues, personality tests would not necessarily
predict who makes a better doctor, but rather who makes a better medical student. A few studies
claim links between personalities and performance in medical school, such as conscientiousness
and the correlation with high grades in preclinical years (Ferguson et al; Boutelle et al). But, just
because a student performs well in medical school, does not necessarily mean that they make
good doctors. This also begs the question, what is the role of doctors in society – to complete
exams?

Doctors serve a wide array of functions in society, from senator, to researcher, to friend.
Even within specific, stereotyped roles, like specialty, no study has found a strong links between
certain traits and eventual residency selection (Maron et al). Obviously, external factors and
experiences are much more influential than personality. These outside factMedicin ors may even
influence certain personality traits. Hojat et al found that those with parental issues not only
scored lower in self-esteem and extraversion, but also had lower GPA’s in medical school. Such
applicants should not be rejected due to their supposed sub-optimal personality results. These
individuals can make valuable primary providers or therapists because of their experiences, and can make a difference in the lives of children with a similar background. Nevertheless, the U.S. medical students already excel in most fields, including the theoretical beneficial traits. Cook analyzed 551 male medical students based on the California Psychological Inventory, and found that medical students had higher scores for all of the positive personality tests, including empathy. The current system is not recruiting or creating cold doctors, and, given the 80-90% medical school graduation rate (Garrison et al), there is no problem to fix.

Even if personality tests were reliable and consistent, the US health system would only
stand to lose with the integration of personality tests. Medicine is an ever-evolving field that
would be halted with a homogenous pool of physicians. The current diverse backgrounds, ideals,
and personalities promote dynamic ethical debates in medicine that push health care forward.
Doctors should be chosen based on what one does, not one is.

Ferguson, E., James, D., O’Hehir, F., & Sanders, A. “Learning in practice: Pilot study of the
roles of personality, references, and the personal statements in relation to performance
over the five years of a medical degree.” BMJ 326 (2003): 429-32. Electronic.