An abandoned beach ball lies in a sandbox until the wind begins to push it away. Soon the ball is perched precariously at the top of a hill as the sun crosses the sky, causing the shadow of the ball to rotate around. As night falls, the now distant sandbox stands deserted. Then a gust of wind tips the ball over the edge and it begins a journey down the hill and over to some trees.

It comes to rest at the foot of a tall lanky tree, whose leaves rustle slightly in the wind. The ball just barely taps the root of the tree before settling down. 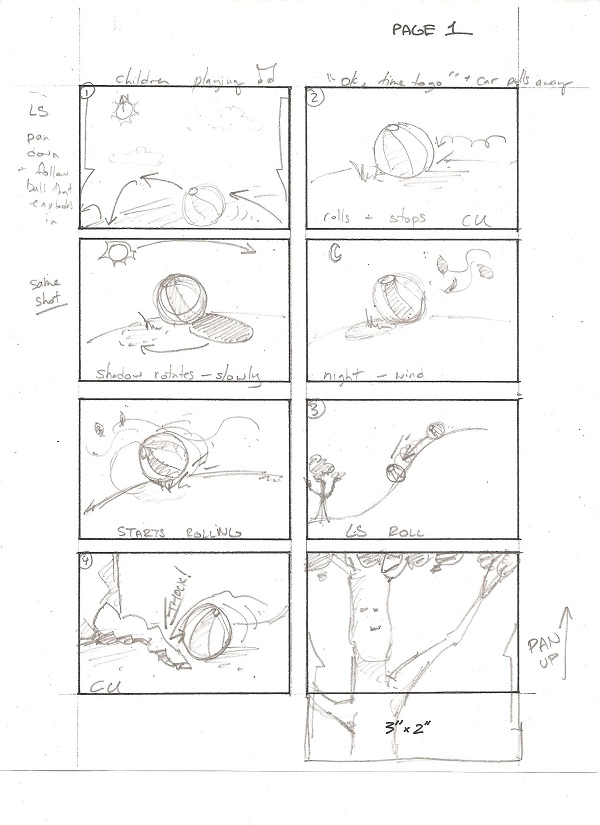 For a moment all is still, then, as the camera dollies up and in to the tree, the tree wakes up. Eyes appear on the trunk and blink as if the moonlight were sunlight. The trees eyes slide down to the ball, and with a creaking noise bends down to touch it. It rolls a little until the tree, afraid of losing this unexpected gift, snaps down and picks it up. 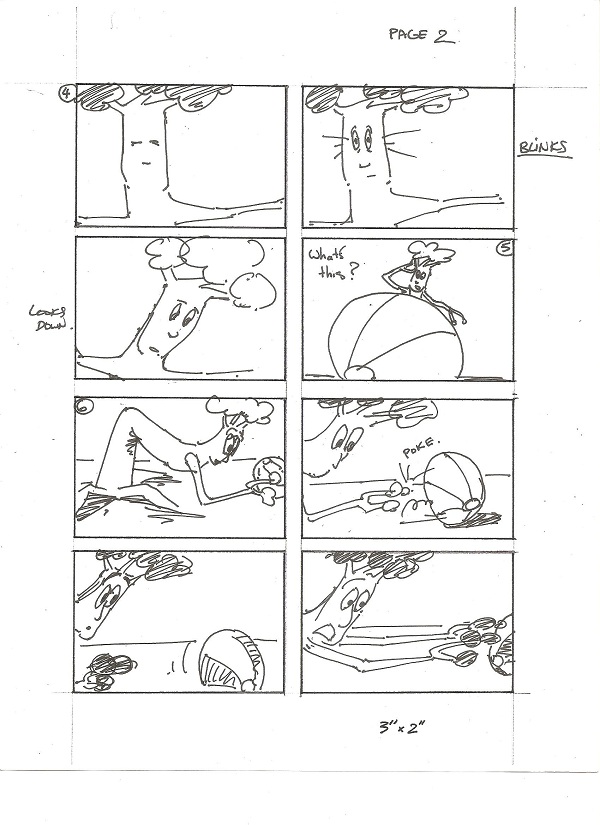 He tests the ball by pushing in a little. Then he tries tossing it up, and he hits it to himself. The tree is clumsy, but excited and the ball moves erratically until its out of the trees control. 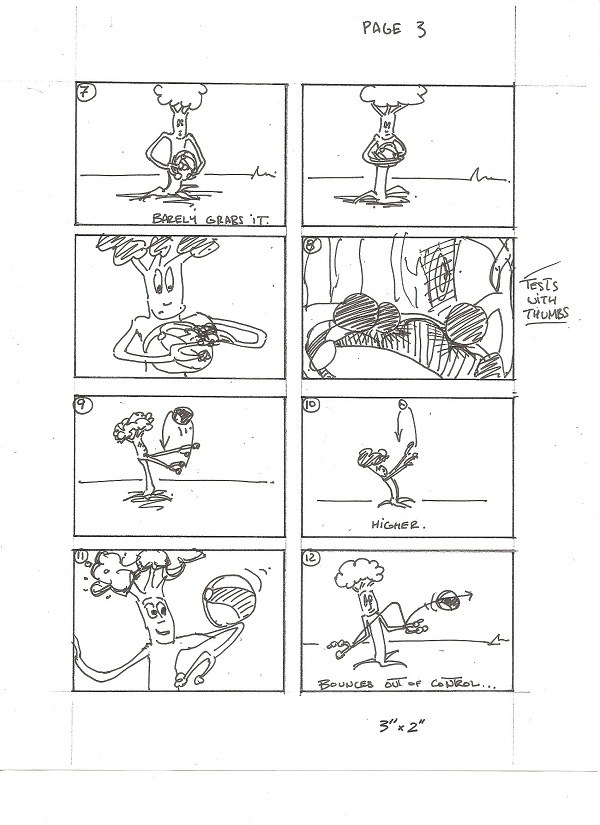 Miraculously, the tree manages to grab hold of it at the last second. But, lacking experience with beach balls, he holds on too tight… and flup! The ball shoots out of his hands and lands far away. 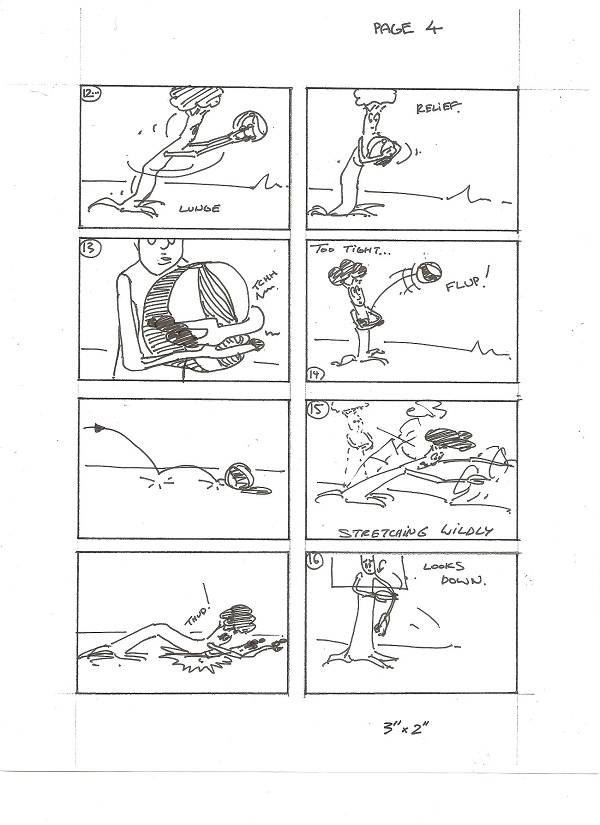 The tree looks down at the roots constraining him to the ground, but no matter how hard he tries, he cannot break free. Sad and resigned, he gets back into the camouflaged position, and all is quiet again for a time. Suddenly the ball bounces into the frame… 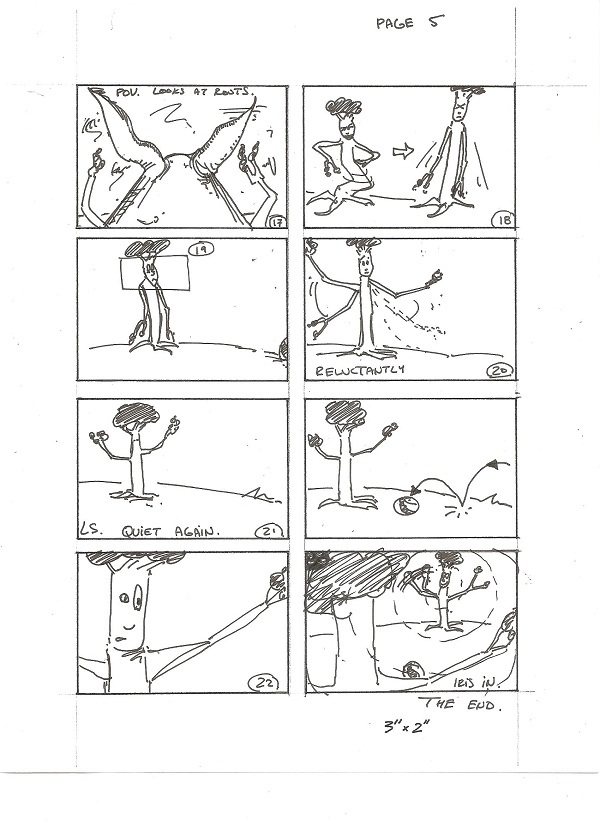