It was a cold morning in May of 1999, the ground still layered with wet snow maintained by the near-zero temperatures common in the mountains outside Narvik, Norway.  At the time, Anna Bågenholm was 29 years old and was taking a break from her residency for orthopedic surgery to ski with two other colleagues.  An expert skier, Bågenholm was speeding down a familiar route down the steep mountainside when she suddenly lost control of her skis and fell headlong into a frozen stream.  Bågenholm’s head and torso were plunged into the frigid meltwater, sealing her in with ice 20 centimeters thick, leaving only her legs and skis above the surface.  Her two colleagues tried but failed to free Bågenholm and called a rescue team after she had been submerged for seven minutes.  Bågenholm, in the meantime, had found an air pocket under the ice surface and managed to stay conscious for 40 minutes before she experienced cardiac arrest (CBS; Martin).

The first rescue team that arrived could not break through the thick ice, so they had to wait for a second rescue team to bring a pointed shovel before they could pull her out.  By that time, Bågenholm had been immersed for over 80 minutes: 40 minutes of which her heart was no longer beating.  When Bågenholm was finally rescued and brought to the hospital an hour later, she had no circulation, was not breathing, her pupils were dilated, and her body temperature was recorded at 13.7°C (56°F) (Martin).  Defibrillation produced no effect and the ECG showed a flatline.  However, over a hundred doctors and nurses worked on slowly raising her body temperature, and one hour later, they recorded her first heartbeat.  After 10 days, Bågenholm finally regained consciousness, although paralyzed from the neck down (CBS).  After two months in the intensive care unit, Bågenholm made a complete recovery with no brain damage, although some nerve damage prevents complete control of her hands (Martin).

Bågenholm’s miraculous case holds the record for the lowest surviving body temperature from accidental hypothermia and has since been the topic of several medical studies.  Recovering without permanent brain damage despite having a motionless heart for more than three hours seems to be a true miracle.  However, medical professionals have explained that despite the extended period without oxygen, her reduced body temperature in the frigid water is what ultimately saved her.  Her lowered body temperature adequately decreased the brain cells’ need for oxygen, allowing the brain to survive the prolonged period without blood circulation (Martin).  Bolstered by Bågenholm’s case along with subsequent human trials, this cooling phenomenon developed into a current medical treatment called therapeutic hypothermia, also known as targeted temperature management, or TTM.

The term ‘hypothermia’ usually carries a negative connotation, as reinforced in many sci-fi movies and television shows.  Hypothermia seems like an undesirable condition that should be avoided, not applied as a medical treatment.  Public opinion of hypothermia did not improve when it was extended to the fantasy of freezing people through time, a classic feature in science fiction movies.  While hypothermia gained publicity through the fantasy hype, early attempts to induce freezing resulted in failures, mainly due to limited knowledge about the human body combined with a lack of control for the freezing process. These early failures seemed to prove to the public that hypothermia could not be applied in any beneficial way, a notion that has inaccurately remained.

To an extent, the idea of preserving life through subzero temperatures was realized with the development of cryopreservation, the process of freezing cells or tissues. Cryopreservation is able to store small tissue samples, such as sperm and embryos, in a rapid process using liquid nitrogen.  These small samples can be cooled rapidly enough to require less of the cryoprotectant solutions, which protect the cells against freezing effects but are toxic to cells (Thompson, Nernits and Ehrhardt). Although cryopreservation has made significant progress throughout the years, tissue samples larger than the average fist cannot be frozen without significant tissue damage.  Consequently, the theory of freezing live organisms was effectively placed in the realm of absurdity in the minds of the general public.

Although the concept of therapeutic hypothermia seems strange today, its idea originated in ancient times, speculated by the Greek physician Hippocrates.  Hippocrates saw the benefit of packing wounded soldiers in ice to attenuate injury and was the first to champion cooling as a treatment.  Later on in the Napoleonic era, wartime records also noted that soldiers who were kept in the cold often survived better than officers who sporadically thawed in front of fires (Adler). These two separate impressions inadvertently recognized the basic concept of TTM, although the underlying reasons for their connection were not understood or recognized until recently. Even though these observations favored the use of cooling as a means of minimizing damage, the technique was not acknowledged as a medical treatment because of both the lack of research as well as the universal perceived folly of freezing living beings.

Since 2003, however, therapeutic hypothermia is a practiced medical procedure recommended by the American Heart Association (Adler).  Therapeutic hypothermia systematically lowers the body temperature of a patient with the intention of preventing or minimizing brain damage during a period of insufficient blood flow. The technique aims to induce mild hypothermia by lowering a patient’s body temperature to 32-35°C for a total period of 12-24 hours. Chilled saline solutions introduced intravenously are most effective at rapidly lowering the patient’s body temperature in a controlled manner, and cooling blankets and ice packs are also used to maintain the desired temperature range (Kliegal).  Conditions of mild hypothermia are sustained for a maximum of 24 hours before the patient is gradually warmed back to normal body temperature.  The entire process is carefully monitored to ensure control of periodic and slight changes in temperature in order to prevent side effects of the cooling. 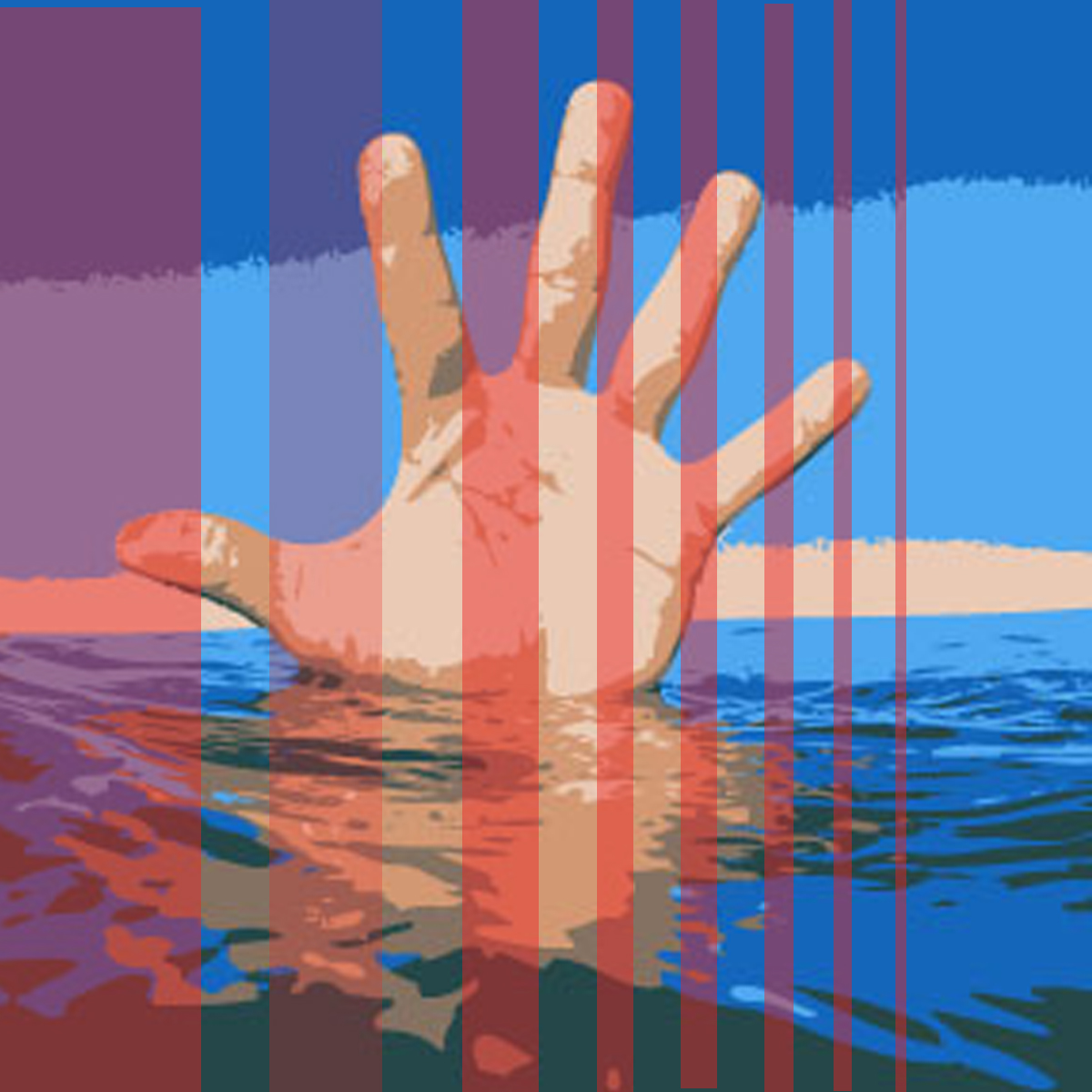 Therapeutic hypothermia is predominantly used for non-traumatic cardiac arrest patients who experience ventricular fibrillation and who are at risk for ischemic injury due to inadequate blood circulation to deliver enough oxygen to the brain.  Approximately 300,000 out-of-hospital sudden cardiac arrest cases occur in the United States each year, and more than half of these patients die due to anoxic brain injury, or damage from lack of oxygen (Adler); the application of therapeutic hypothermia greatly improves the survival rate of these cardiac arrest patients.  The cooler body temperature obtained through TTM sufficiently decreases the brain’s need for oxygen and thereby allows brain cells to survive for an extended amount of time during these periods of low oxygen supply.  The higher tolerance level of brain cells induced through this treatment effectively widens the timeframe in which doctors have to treat the patient and consequently increases the chances of recovery without permanent brain damage. The well-known familiarity of the soothing and preserving effects of cooling is now meticulously applied in TTM for cardiac arrest patients.

There are only a few side effects of therapeutic hypothermia since the cooling period can now be accurately and closely monitored with the use of temperature control devices. The only notable side effect is rebound pyrexia, which occurs when the body continues the hypothermic state after treatment has been discontinued, a development that has been linked to poorer neurologic outcomes (Leary, et al). Despite this consequence, the number of patients who have survived cardiac arrest because of the use of TTM far outweighs the possibility of side effects. Due to its proven benefits, therapeutic hypothermia has now been adopted by a number of hospitals across the country. Paramedics in major cities such as Oklahoma City and New York City now carry chilled saline solutions in ambulances to apply this treatment in emergency situations (Johnson; Lombardi). TTM is not used for traumatic cardiac arrest cases such as car crashes due to the differences in causation, but TTM may eventually extend to most anoxic neurologic injury cases as well as to newborns who sustain asphyxia (Bernard; Jahn, et al). Technological advances that enable close monitoring of body temperature changes make TTM a viable treatment and may further extensions thereof.

The concept behind therapeutic hypothermia has been around since antiquity, but insufficient knowledge of the human body and immature applications of the cooling technique challenged its feasibility and subsequently shelved it in the science fiction section of people’s libraries.  The advent of temperature regulating technologies in conjunction with the now-extensive knowledge about the human body, however, turned a ridiculous notion into an acknowledged and practiced medical treatment that has saved numerous lives. The story of Anna Bågenholm, Hippocrates’s medical suggestion, and wartime observations had seemed like isolated events or one-time miracles but actually reveal the underlying principles now applied in TTM.  Since the connections between separate observations may not be immediately apparent, keeping an open mind to recognize and accept these connections may lead to future medical procedures that can save many lives.

Kliegel, A. et al. “Cold infusions alone are effective for induction of therapeutic hypothermia but do not keep patients cool after cardiac arrest.” Resuscitation. 73.1(2007): 46-53. Retrieved 9 Nov 2012, from PubMed Database.