Imagine a day in the summer of 1982, where fumes cloud up a dimly lit room. A man is underground in a basement, concocting his new creation. He looks at his watch and panic sets in. His clients are expecting their product soon, and he simply does not have enough time. He rushes the next few steps. This underground chemist, aiming to make the synthetic heroin MPPP, instead synthesized MPTP, a compound that both George Carillo and Juanita Lopez bought (Palfreman). George and Juanita were heroin addicts in their 30s, taking the drug for its infamous “rush” and giving into the pleasurable sensation as it rapidly crossed their blood-brain barrier. This young couple was unaware that they were injecting themselves with a lethal substance that would change their lives forever.

Just a day after taking their “heroin”, George and Juanita froze. They could barely move. They could not speak. They could not blink. They were stuck in time. George and Juanita were rushed to the Santa ClaraValley Medical Center where the doctors seemed to run into a mystery. Both of the patients were showing signs of advanced Parkinson’s disease, characteristic of Parkinson’s patients that have had the progressive illness for at least a decade (Wallis). Unable to gather more information, the doctors resorted to giving George a pen to see what he could jot down. George could communicate with them, telling the doctors that he was trying to make his body move and function, but nothing was happening. Then he wrote down one word that solved the puzzle: heroin. Police were alerted and tested the drug that George and Juanita had injected themselves with to find that it contained a lethal toxin, MPTP. Although a tragic event, the onset of advanced Parkinson’s disease by MPTP in both patients led to a revolution in the treatment of Parkinson’s disease by spawning research efforts in stem cell therapy.

Parkinson’s disease is one of the most common degenerative diseases, targeting people over the age of 50. It is a progressive disease, meaning that with time, the disorder gets worse. Though the cause of Parkinson’s is debated, it is thought to be hereditary to some extent, since the disease can run in families. The mechanism of the disease is quite simple and leads us to understand how George and Juanita developed such an advanced case in so little time. Our nerve cells need a chemical called dopamine, a brain chemical that controls muscle movement. In Parkinson’s disease, we see that the cells in the brain, particularly in the substantia nigra that produces dopamine, are gradually destroyed, restricting the nerve cells that control motor functions from working properly (Palfreman). This is exactly what MPTP does as it crosses the blood-brain barrier. When George and Juanita injected themselves with MPTP, they felt a sense of euphoria, but after MPTP was metabolized to MPP+, it targeted the same neurons that play a critical role in Parkinson’s disease: the dopamine producing cells (Siegel, et al.). This is why George felt trapped inside of his own body; it became his own personal prison. Just like patients with Parkinson’s disease, George and Juanita could barely blink, sitting like statues in their hospital beds. When asked to walk, they were very rigid and moved with a shuffling gait, as if their limbs had been drained of all life. When pushed, their balance would fail and they would topple over. When spoken to, they could not respond. Their faces had no expression. All of the pain and depression was locked in, and there was no way out. 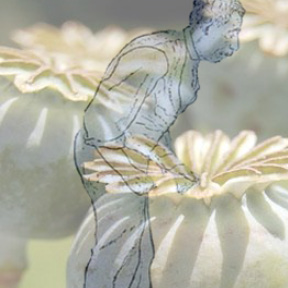 In an effort to relieve the patients of these horribly advanced Parkinson’s conditions, the doctors administered L-Dopa, the only known treatment. Levodopa, commonly referred to as L-Dopa, is a compound isolated from the fava bean, Vicia faba. Initially tested in rabbits in the late 1920s, L-Dopa was found to be biologically active, showing decreases in arterial blood pressure. Researchers hypothesized however, that there was more to this substance than meets the eye. In 1938, scientist Peter Holtz discovered that L-Dopa is decarboxylized into dopamine in mammalian tissues (Voith). This led the way for L-Dopa becoming an “antiparkinsonian” drug.

After one dosage of L-Dopa, George and Juanita came to life again. They could move, they could walk, they could speak. The good news, unfortunately, was only temporary. After continued treatment with L-Dopa, the side effects were severe. Sitting down in his chair, George saw tongues of flame enveloping his body and snakes hissing away at his feet. Every minute or two he’d twitch, saying another snake was coming in to bite him. The hallucinations got worse with the treatment, while in the next room, Juanita was fighting another battle. The L-Dopa did give her body back its movement, but it restored too much movement. Juanita was experiencing uncontrollable spasms as her legs and arms simply could not rest (Palfreman). The doctors decided to take the couple off of the treatment for a while, which transformed them back into their previous frozen state. Another course of action had to be taken.

In response to George and Juanita’s nightmare, Yale University researchers began devising experiments to test MPTP and to also propose an alternate treatment. In these laboratories, researchers began by injecting MPTP into monkeys. To no surprise, the monkeys developed Parkinson’s disease. They shook violently at times, barely blinked, and were usually frozen in one spot. What had happened to George and Juanita had been reproduced in these monkeys. In an effort to cure what they had onset, the researchers took brain cells from the substantia nigra of a monkey fetus, which is the part of the brain that controls movement. The monkeys were then taken back into surgery, and the fetal stem cells were transplanted into their brains (Palfreman). After their recovery period, the monkeys appeared to come back to life. They began grooming each other, feeding themselves, and moving around. The rapid onset of Parkinson’s had miraculously been reversed. The success of this initial experiment posed a fundamental question: could this treatment also work for humans?

Debates roared and the Lund Stem Cell Center in Sweden was the first to declare that their team was ready to perform the procedure on humans. They soon realized, however, that Parkinson’s disease is a degenerative disease that targets the elderly, whose brain tissues have naturally degraded with age. Thus, for optimal results, they required patients who specifically showed degradation in only the dopamine producing region of the brain. Two candidates fit their requirements: George and Juanita. After seven years of imprisonment in their frozen states, George and Juanita took the overseas journey which would determine their fate. It was an excruciating five-hour operation, with multiple surgeons administering each patient. Each cut had to be made with precision, and each fetal brain cell transplant had to be dealt with the utmost care. The operation was successful, but the surgeons did not expect for the results to be instantaneous. At first, George and Juanita didn’t show any positive signs of improvement, but over the course of two years it seemed like they had gone back in time. George was walking around, riding his bike that he hadn’t touched in years, feeding himself, and was free of the horrible hallucinations that had previously engulfed his everyday life. Juanita could finally cook again and sweep the floors of her apartment. Minor signs of Parkinson’s, however, remained in the patients. At times, they were stiff and their movements weren’t completely natural since only 10% of the transplanted tissue had actually survived in them (Palfreman). 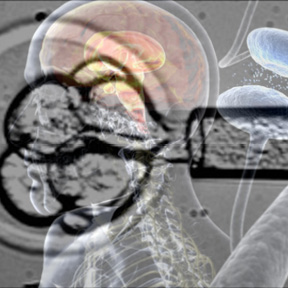 In efforts to improve the methods and build upon these initial experiments, research has grown in every direction. Stem cell treatment has become the future treatment for Parkinson’s disease. Researchers have found that pluripotent stem cells can specifically differentiate into dopamine neurons in order to increase the uptake of the transplanted stem cells. These dopamine neurons transplants could potentially increase the effectiveness of stem cell therapy in Parkinson’s disease by allowing the patients to retain the transplanted tissue more efficiently (Kriks, et al.). The implications of this research is monumental, as it shows that specific parts of the brain can be efficiently re-grown after they have degenerated. Stem cells, with their remarkable capability to differentiate into cells with specific functions, can restore parts of the brain with remarkable accuracy. This is the hope for curing Parkinson’s disease—not only for those who have lost their dopamine producing cells via drugs—but for the elderly, as well.

Regarding the ethical issue of fetal stem cell transplants, research efforts have spawned to find a renewable and less controversial source of stem cells. Due to its potential for greater growth and cell migration, porcine tissue has been going through clinical trials to treat both Parkinson’s disease and Huntington’s disease (Bjorklund, et al.). However, there are still obstacles to overcome when it comes to porcine retroviruses that could be transferred with such transplants. It is amazing to believe that the transplantation of tissue from another species can help cure a degenerative disease, an idea that is astonishing in itself. Scientists are continuing their research for feasible stem cell therapy options to finally find a long-term treatment, and possibly a cure, for Parkinson’s disease.

With their tragedy, George and Juanita allowed science to advance in many ways. The discovery of the toxic effects of MPTP was monumental in the understanding of Parkinson’s disease, allowing scientists to pinpoint where the degeneration was occurring in the brain. The effectiveness of L-Dopa was put to the test, and though it works temporarily, it might not be a feasible option for treatment in the long-term. Nevertheless, it was apparent that stem cell therapy burst forth as a new and hopeful route of treatment for Parkinson’s disease. Through fetal and even porcine transplants, doctors and researchers are devising novel methods for treating this disease in a way that could potentially reverse its effects permanently. Due to their stem cell treatment, George and Juanita’s lives turned a new corner. They escaped from their internal prison and have opened doors for many others.

Bjorklund, A., et al. (2003). Neural transplantation for the treatment of Parkinson’s