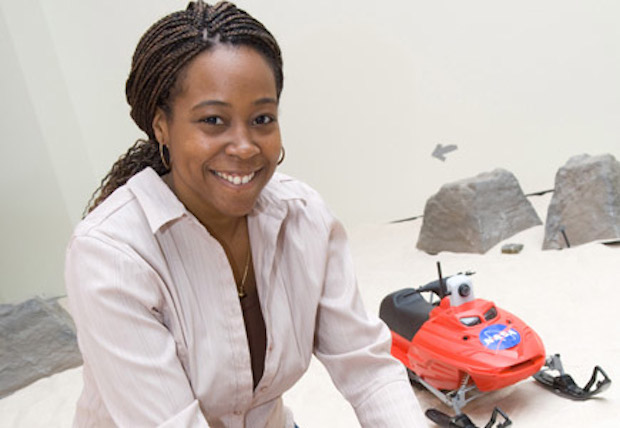 “Your best champion and cheerleader is yourself. Always be proud of your accomplishments, big or small.”- Ayanna Howard

Ayanna Howard is a roboticist. Her main goal is to implement human intelligence systems into autonomous robotic structures. These are basically just robots that can think for themselves. Ayanna Howard first became interested in engineering when she watched the television show “The Bionic Woman” at the age of 11. She later discovered robotics and knew that was where she belonged. She received her Bachelor’s Degree in Engineering from Brown University and went on to receive her Masters and PhD from none other than our very own alma mater, University of Southern California. She is currently a professor in the School of Electrical and Computer Engineering at Georgia Institute of Technology.

Before her life in academia she made waves in the industry for her outstanding work in the robotics field. She worked for NASA’s Jet propulsion laboratory where she helped develop the next generation of the mars-rover, one that could explore the planet itself without having a path coded into it directly. She received numerous awards and acknowledgments for her work including being named a top young innovator of 2003 by MIT Technology review and being recognized in news publications such as USA today and TIME magazine.

She is currently working on research at Georgia Teach and founded the Human- Automation System (HumAns) Laboratory. Her latest project is working to build robots and programs to help with pediatric therapy specifically to help with children who suffer from cerebral palsy. In addition to helping give back to the community with her research,  Ayanna Howard created a mentorship program for junior high girls in math and science so that she can encourage them to go into STEM fields with the hopes that they will be inspired just like she was.